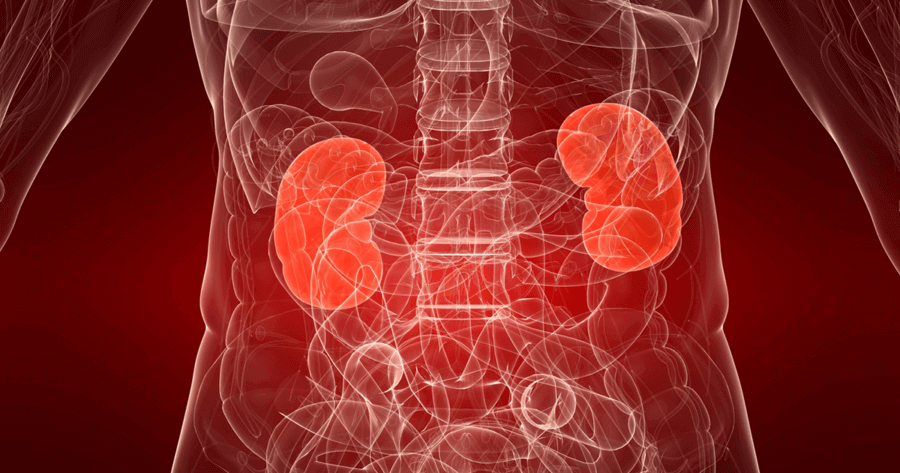 Data from further analysis of the DAPA-CKD study of dapagliflozin for the management of chronic kidney disease (CKD) were presented at the conference.

Metabolic data were presented by Professor Silvio Inzucchi (Yale School of Medicine, New Haven, CT, USA). Data previously published from the DAPA-HF study, which included people with heart failure with reduced ejection fraction (HFrEF), with and without type 2 diabetes, demonstrated that dapagliflozin significantly reduced the incidence of new type 2 diabetes by 32% compared to placebo amongst those without diabetes at baseline. Likewise, in the smaller DAPA-CKD study, there was a numerical reduction in the number of people who developed type 2 diabetes during the trial compared to those treated with placebo. A prespecified combined analysis of the two trial populations without diabetes at baseline has therefore been completed.

New-onset type 2 diabetes was defined using the standard definition of an HbA1c ≥6.5% (48 mmol/mol) on two visits. There were 4003 people without diabetes at baseline in the combined study populations; of these, 5.3% developed type 2 diabetes during the trial, and there was a significant 33% relative risk reduction (RRR) with dapagliflozin compared to placebo. When the US definition for prediabetes or non-diabetic hyperglycaemia (NDH) was used (HbA1c 5.7–6.4% [39–47 mmol/mol]), 94% of those who developed diabetes during the trial had NDH at baseline, whereas when using the UK definition of HbA1c 42–48 mmol/mol (6.0–6.5%), 86% had NDH at baseline.

Subgroup exploration identified a larger risk reduction in younger people and women but no difference related to previous cardiovascular disease or medications. For those requiring treatment with dapagliflozin for HFrEF or CKD, decreasing the incidence of type 2 diabetes in those free of the disease can therefore be seen as an additional benefit but not a replacement for the significant cardiovascular and renal benefits for which the drug is being used. Dapagliflozin is not currently licensed for diabetes prevention.

This 33% relative risk reduction in new type 2 diabetes in those treated with dapagliflozin compares favourably with reductions achieved in the drug treatment arms in the various diabetes prevention studies; for example, the 31% reductions achieved with metformin in the US Diabetes Prevention Program and Finnish Diabetes Prevention Study. There was no significant  difference in HbA1c between those treated with placebo or dapagliflozin, either in those who did or did not develop type 2 diabetes, which is different from what was seen in the drug treatment arms in other diabetes prevention studies. Current theories are that offloading the beta-cells may result in some preservation of beta-cell function, thus reducing risk of type 2 diabetes, but this has not yet been assessed.

Data from prespecified subgroup analyses of these outcomes were presented. There was a consistent effect on the primary composite renal outcome with dapagliflozin across baseline glycaemic states. Consistent benefits were demonstrated for the primary and all three secondary outcomes across different CKD aetiologies, including amongst people with glomerulonephritides. An important question was whether dapagliflozin would still be effective in those with stage 4 CKD, and a consistent effect with dapagliflozin was demonstrated compared to those with stages 2 and 3 CKD.

All-cause mortality was a prespecified secondary outcome and was significantly lower in those treated with dapagliflozin than placebo in the original trial, with sudden cardiac death and infections as the two main causes of mortality. Further analysis demonstrated that the all-cause mortality benefits appeared to be largely driven by a reduction in non-cardiovascular death (i.e. infections and malignancy), although Professor Wheeler stated this should be seen as hypothesis-generating only as the finding was not expected. The reduction in albuminuria in those treated with dapagliflozin was greater in those with type 2 diabetes than those without.

Acute kidney injury (AKI) was reported as a safety outcome rather than a conventional outcome in the study, and AKI was significantly less in those treated with dapagliflozin compared to controls, despite the initial eGFR reduction that is typically seen when initiating all SGLT2 inhibitors. Professor Wheeler said that this was reassuring and strengthened the case for not checking the eGFR 2 weeks after initiating dapagliflozin, and instead checking this with other blood tests such as HbA1c at 3–4 months. However, if the patient is deemed prone to dehydration then it remains appropriate to check earlier after initiation, and to stop the drug and reconsider if the eGFR has dropped by more than 30%.

Professor John McMurray (University of Glasgow) presented new data exploring the impact of heart failure, peripheral arterial disease and atrial fibrillation in those with CKD, seeking to identify whether these modify the effect of dapagliflozin. All three of these comorbidities occur more commonly in those with CKD and impact morbidity and mortality. The presence of each of the comorbidities was associated with a higher risk of the primary composite outcome, and the secondary composite outcome of cardiovascular death or hospitalisation for heart failure occurred at rates 4–6 times higher in people with CKD who also had one of these conditions. There was no difference in the effects of dapagliflozin on reducing the risk of the primary outcome (overall RRR, 39%) and the secondary cardiovascular outcome (overall RRR, 29%) in those with or without these three cardiovascular conditions at baseline. People with CKD and heart failure, atrial fibrillation or peripheral arterial disease had a much higher baseline risk of cardiovascular death or hospitalisation for heart failure, so the absolute risk reductions with dapagliflozin were large.

Professor McMurray suggested that an annual electrocardiogram may be appropriate to diagnose atrial fibrillation in older patients, citing an annual 5–10% incidence in those over 60 years of age. The panel were asked about diabetic ketoacidosis (DKA) and stressed that the incidence rate is very low in those with type 2 diabetes, around 2–3 per 1000 people per year, and more likely in those who are lean or have insulin deficiency, some of whom may have latent autoimmune diabetes in adults (LADA). There were no cases of DKA in the DAPA-HF study even amongst those with type 2 diabetes, and the latest heart failure study only had four cases out of 3000 in the type 2 diabetes group and five cases in the placebo group. The risk of DKA can therefore be put into context as less than the risk of angioedema in those starting an ACE inhibitor or a necrolysin inhibitor.

Asked about when it is appropriate to stop dapagliflozin due to declining renal function, Professor Wheeler reminded the audience that there was no eGFR threshold for stopping the drug in DAPA-CKD and that the results should reassure that this strategy does not seem to cause any harms. Dapagliflozin in the UK is licensed for use down to an eGFR of 15 mL/min/1.73 m2.

EASD 2022: Diabetes and life expectancy – effects of demographics and lifestyle in Salford, UK

So what should we recommend to people with diabetes about lifestyle? Updated ADA/EASD advice

EASD 2022: Diabetes and life expectancy – effects of demographics and lifestyle in Salford, UK

Effects of sex, age at diagnosis and smoking status on life expectancy in people with type 2 diabetes in a deprived area of England.

So what should we recommend to people with diabetes about lifestyle? Updated ADA/EASD advice

Pam Brown summarises the latest lifestyle advice from the 2022 update of the ADA/EASD Consensus Report.