In the consultation room: Tackling hypoglycaemia in type 2 diabetes

In this short article, Jane Diggle highlights the main causes of hypoglycaemia in people with type 2 diabetes and factors that can increase the risk. The consequences are discussed, along with practical tips on detection, advice on treatment and useful strategies for minimising risk.

Diabetes medications are the primary cause of hypoglycaemia, in particular those which raise insulin levels in a non-glucose-dependent fashion (i.e. insulin, sulphonylureas and glinides). Hypoglycaemia is a well-recognised side effect of insulin treatment and while the risk may be greater than in those taking sulphonylurea therapy, in particular those using insulin for longer periods of time, the risk with sulphonylureas should not be underestimated. Hypoglycaemia can have significant and lasting clinical, economic and social implications for people with diabetes and their families, as well as for the NHS. Even mild episodes have been shown to negatively impact a person’s quality of life (Alvarez-Guisasola et al, 2010), with more severe hypoglycaemia precipitating major cardiovascular and cerebrovascular events in some individuals (Frier, 2009).

Looking at hypoglycaemia in more detail
The American Diabetes Association Workgroup on Hypoglycemia (2005) defined hypoglycaemia as: “any abnormally low plasma glucose concentration” that exposed the individual “to potential harm,” with a proposed value of <3.9 mmol/L.

The severity is not determined by the presence or absence of symptoms but by an individual’s ability to self-treat. A mild episode can be self-treated but a severe episode requires third-party assistance for recovery.

When blood glucose levels rise the beta-cells in the pancreas secrete insulin, which facilitates the movement of glucose from the blood into the cells. At the same time the alpha-cells in the pancreas switch off, suppressing glucagon production, and the liver holds on to its glucose store. The reverse happens when blood glucose levels fall. Below a certain threshold the counter-regulatory system is activated, triggering the release of catecholamines (including adrenaline) and giving rise to the initial symptoms we associate with hypoglycaemia (see Table 1). This mechanism provides individuals with an early warning of an impending hypo so that they can take remedial action (consume some quick-acting glucose), to ensure sufficient delivery of glucose to the brain.

Neuroglycopenic symptoms occur when there is an insufficient supply of glucose to the brain, causing the signs we associate with cognitive dysfunction (Table 1).

The glycaemic threshold for the onset of symptoms varies and may be affected by age, duration of diabetes and exposure to hypoglycaemia (Matyka et al, 1997; Cryer, 2004; Mathieu et al, 2010). With insufficient warning an individual is at greater risk because there is little if any time to take corrective action.

How common is hypoglycaemia?
It is estimated that around one-third of people with type 2 diabetes experience severe hypoglycaemia in a year (Bailey et al, 2010), and while the overall frequency is lower than in those with type 1 diabetes (Abraira et al 1995), the UK Hypoglycaemia Study revealed an annual rate of 7% for those on sulphonylurea therapy – the same as for those using insulin for up to 2 years (UK Hypoglycaemia Study Group, 2007). Sulphonylurea therapy remains a common second-line choice after metformin, and because of the large numbers of individuals involved it is a significant problem and one that should not be ignored. It has been suggested that at least 5000 people on sulphonylureas experience a severe episode of hypoglycaemia requiring emergency intervention each year (Amiel et al, 2008).

Also of relevance is that diagnoses of type 2 diabetes are occurring in more people, at an earlier age, and in a population that is living longer – thus there is an increasing likelihood of progression to a requirement for insulin therapy to maintain optimum glycaemic control.

Worryingly, the true incidence of hypoglycaemia is unknown as many episodes may go unnoticed by the individual, while others people may decide not to reveal they are experiencing them for fear of losing their job or driving licence. Detection of hypoglycaemia is vital and there are some useful prompts that may be used in a consultation, including questions that explore the understanding of hypoglycaemia, the perceived causes, how to treat it and also the wider implications for employment and for driving (see TREND-UK [2011]).

Causes and risks
Any blood glucose-lowering therapy that stimulates insulin production regardless of the ambient glucose concentration has the potential to cause hypoglycaemia, but there are additional factors which may predispose an individual to increased risk, as detailed in Table 2.

Impacts and consequences
Mild episodes of hypoglycaemia can cause unpleasant short-term symptoms and disruption to a person’s daily activities, but there is evidence to suggest that more severe episodes can cause permanent damage. The profound autonomic stimulation that is triggered during hypoglycaemia increases the heart rate, blood pressure and overall workload of the heart, causing myocardial and cerebral ischaemia and possibly even precipitating myocardial infarction or stroke (Frier, 2009). Desouza et al (2010) describe some of the mechanisms by which hypoglycaemia contributes to this increased cardiovascular risk, including blood coagulation abnormalities, arrhythmias, and inflammatory responses and endothelial damage.

Large clinical trials investigating the impact of intensive glycaemic management – including the ACCORD (Action to Control Cardiovascular Risk in Diabetes) trial (ACCORD Study Group, 2010) – have shown increased all-cause mortality in the intensively treated group and identified hypoglycaemia as a predictor of cardiovascular events, but a causal relationship has not been firmly established (Desouza et al, 2010). The factor appears to be the susceptibility of an individual to the effects of hypoglycaemia rather than the intensity of the treatment strategy per se.

Other important considerations about the consequences of hypoglycaemia include the  following:

Treatment
People with type 2 diabetes and their families need to know how to recognise and treat mild hypoglycaemia. In adults who are conscious, orientated and able to swallow, 15–20 g of quick-acting carbohydrate should be given. Examples include:

This should be repeated after 5–10 minutes if the person does not feel better (or the blood glucose level is still <4 mmol/L). When the person starts to feel better, this should be followed by a meal or some starchy food, such as a sandwich, to prevent recurrence (TREND-UK, 2011).

GlucaGen® injections act by mobilising glucose stores from the liver and are generally reserved as a treatment for those on insulin and must only be administered by someone who is trained to do so.

In addition, it is good practice to follow up all episodes of severe hypoglycaemia to identify the cause and agree a strategy to minimise future risk.

Conclusion
A key objective of diabetes management is the avoidance of hyperglycaemia and its associated symptoms and the prevention of long-term vascular complications. However, in our efforts to improve glycaemic control we must always remember the potential risk of hypoglycaemia.

Questions to test your knowledge
The answers are not necessarily found in this article.

1. Severe hypoglycaemia is always preceded by autonomic symptoms.
Is this true or false?

2. The glycaemic threshold for activation of the counter-regulatory mechanism varies between individuals.
Is this true or false?

3. Poor injection technique in people using insulin can cause hypoglycaemia.
Is this true or false?

4. According to NICE (2009; 2013; 2014), pioglitazone, dipeptidyl peptidase-4 inhibitors and sodium–glucose cotransporter 2 inhibitors may be considered second line (after metformin) when a person is at significant risk of hypoglycaemia or its consequences.
Is this true or false?

5. Group 1 licence holders whose diabetes is treated by a sulphonylurea must notify the Driver and Vehicle Licensing Agency of this by law.
Is this true or false? 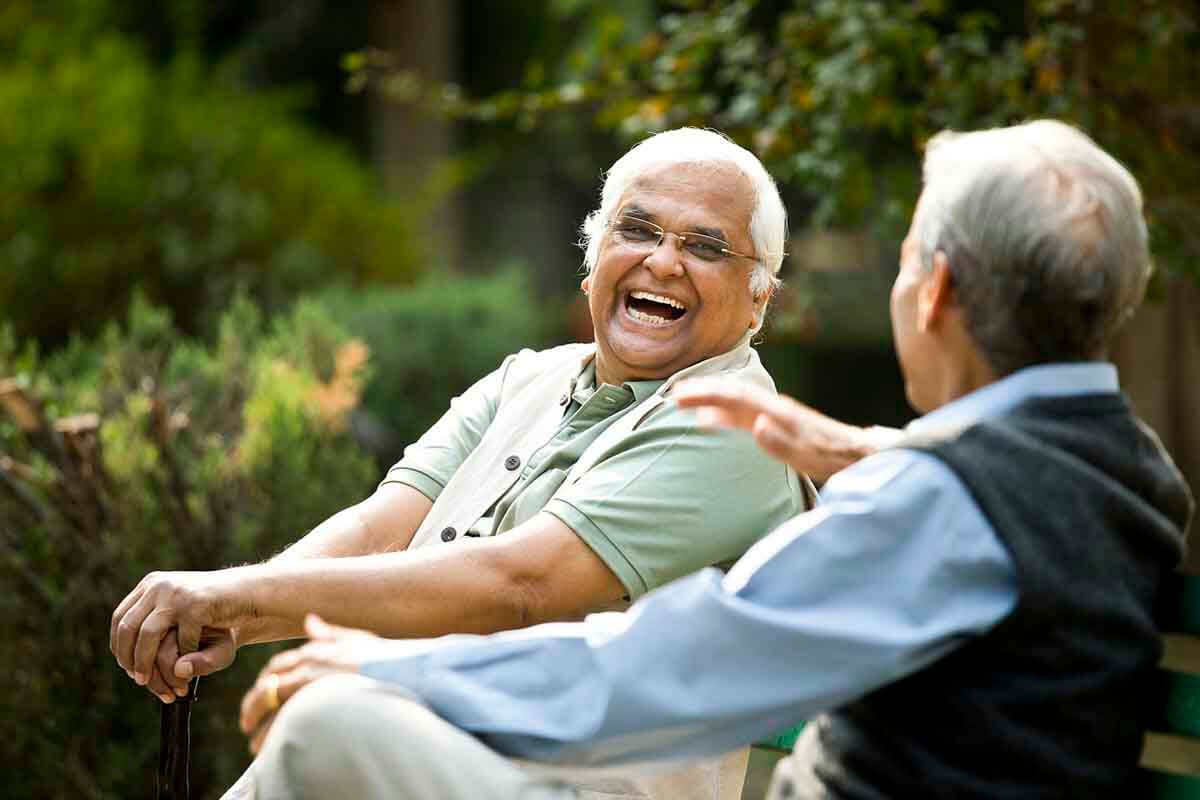 Frailty, polypharmacy and avoiding hypoglycaemia : the complexities of managing type 2 diabetes in the elderly.