Impact of culture on diabetes management in Indo-Asians

In the previous issue of this journal, Marwa (2000) discussed the culture of Indo-Asians. This article continues the theme by further characterising cultural beliefs: religion; customs and traditions; and attitudes and knowledge of Western healthcare systems and medicine. The ways in which culture can influence the management of diabetes in this group are also discussed, e.g. religious beliefs often dictate dietary habits. By being more culturally aware, healthcare professionals can improve the diabetes care they provide. This is especially important given the genetic factors that place Indo-Asians with diabetes at a disadvantage (Verma et al, 1984).

Living with diabetes involves all aspects of life at any age and an appreciation of the cultural background of patients is necessary to avoid giving inappropriate advice, creating misunderstandings or causing offence. Culture underpins the way of life for Indo-Asians. This has vital implications on the management of diabetes and prevention of complications, as well as compliance. Knowledge of this culture is therefore important.

Most Indo-Asians and their descendants in Britain belong to one of the following three groups:

The first group retains its cultural heritage and links with the Indian subcontinent. The second and third groups tend to be more westernised. They have adapted more readily to the changing culture of health care, although many, particularly the older generations, still maintain their traditional health beliefs as well.

Studies in Southall (West London) and Coventry have shown a 2- to 5-fold higher prevalence of diabetes in Indo-Asians from the Indian subcontinent, and their descendants (Verma et al, 1984).

In 1960, the prevalence in southern India was reported as 5% using WHO’s criteria. There was variation between rural and urban populations (1.2% and 7%, respectively) (Ramachandran et al, 1997). A similar study in Pakistan in people aged over 25 years showed a prevalence of 16% in males and 12% in female in a 1997 screening programme. Also, previously undiagnosed diabetes was discovered in one third of the Asians screened (Alberti, 1999).

Higher morbidity in Asians
Diabetes appears to develop at a relatively younger age in Asians. It is therefore more likely that the prevalence and complications will increase with age and socio-economic status (Burden et al, 1992).

In the UK, the average annual cost for inpatients with diabetes is £1970, compared with £310 for people without diabetes. Kings Fund research (BDA, 1996) showed that diabetes and its related disorders cost approximately 5–7% of the NHS budget (BDA, 1997). The CODE-2 (1999) study showed that the cost of treating 10 million people with type 2 diabetes in Europe was 29 billion Euros. Most of the money was spent on inpatient and secondary services.

Reasons for poor outcomes
Poor glycaemic control and poor knowledge of diabetes among Asians are a cause for concern. Underlying environmental, genetic and cultural influences contribute to this situation. In addition, Asians may have poor access to health care and difficulty in obtaining the health care they require (BDA, 1997).

Factors that may contribute to the development of complications are:

There is no single cause to account for the higher prevalence of diabetes and its complications in Asians.

Barriers to improved outcomes
Language barriers
Several languages are spoken by people from South Asian groups, including Hindi, Urdu, Punjabi, Bengali, Sinhalese, Tamil, Gujarati and Nepali. Poor language communication is a barrier to empowering people to manage their diabetes and improving outcomes of care for them. English is widely spoken as a second language; listeners may find it difficult to understand the accent. Effort and patience on the part of the professional can facilitate an atmosphere of confidence, and lead to better communication and hence better outcomes for both sides.

Lack of cultural awareness
A better understanding of cultural habits, traditions and customs by healthcare professionals would prevent misunderstandings and enable them to offer advice in the context of cultural background and traditions. Such information would make more sense to the recipients and encourage them to participate in the management of their diabetes.

Many Asian people still feel stigmatised by the diagnosis of diabetes. Some consider diabetes to be a contagious disease. As a consequence, Asian people with diabetes may have difficulty finding a matrimonial match for their children.

Some of the common customs and habits are listed below:

Indo-Asian people with diabetes commonly chew betel and it is important to be aware of this when caring for them.

Hooka smoking: This social custom is commonly practised by adult Asian men and women, particularly Muslims and Bangladeshis. The hooka is a smoking apparatus consisting of a small pot of tobacco connected to a water-filled flask with two tubes (Figure 2).

Cigarette and beedi smoking: Beedi is rolled tobacco in a tobacco leaf, widely available in Asian grocery shops and Pan/ cigarette shops. It has a very high tar content.

Asian people with diabetes should be asked about their smoking and tobacco habits, in view of the high incidence of coronary heart disease and large vessel disease among Asians (Burden et al, 1992).

Alcohol: Alcohol is now commonly consumed and often abused by many South Asians, even though it is prohibited either by culture or by religion. It is often excessively consumed among professional and upper middle class women and men.

It is therefore important to enquire about alcohol consumption in all social groups.

Religious beliefs
The main religions among Indo-Asians are are as follows (Table 1 lists the major festivals of each):

The extended family system is a major strength in supporting religious beliefs of family members. The festivals are often associated with enjoyment and overindulgence in highly saturated carbohydrate sweets, syrups, dairy products and fried food.

Hinduism
Festivals: There are three important festivals celebrated by many Hindus:

All the above festivals have one thing in common – exchange of sweets and dry fruit. People visit one another and may be persuaded or forced to share sweets and rich fried food.

Food: Most Hindus are vegetarian. Sweets are consumed more or less daily. Rich fried food is consumed during celebrations and festivities. To Orthodox Hindus, the cow is sacred and is prayed to. Hindus do not eat beef.

Many women fast for one or two days per week or on certain festive occasions. They may consume fruits, sweets or milk puddings. Full cream milk is commonly used.

Fasting can have important effects on diabetes management. In terms of the therapeutic interventions available, the new generation of prandial glucose regulators, such as repaglinide, may be useful for these people. With its quick onset and short duration of action, repaglinide lowers the risk of hypoglycaemia and allows flexibility in dosing – when a meal is missed, then so is the dose. Nateglinide, another prandial glucose regulator, is at present seeking approval.

Islam
Muslims form a large percentage of people in South Asia today. Islam is the majority faith of people in Pakistan and Bangladesh. Islam has two sects – Sunni and Shiah (practised by Sunnites and Shiites, respectively). These were formed on political and religious grounds in the first few centuries after Islam was established. Both sects venerate the Korr’an but have their own interpretation (Hadith). They also have different views towards Mohammed the prophet and his successor. Islam has no priesthood; the nearest equivalent to priests are Imams – leaders whose position derives from social custom and their authority to interpret the scripture rather than from defined status.

Islam lays down social rules and religious behaviours. Islam also prohibits any distinction on the basis of race or colour.

Festivals: The Muslim year is divided into twelve lunar months, which alternate between 29 and 30 days duration. This means that the dates of the Muslim festivals can vary considerably between different years.

Sikhism
The word Sikh is derived from the Sanskrit word for ‘disciple’. The beard and turban identify the Sikh male. Sikhs form approximately 2% of the population of India. Sikhism emerged in the 15th century as a reformed Hindu sect, offering the humanistic philosophy of Guru Nank to Hindus and Muslims, as a means of furthering their self-identity.

Beliefs: Sikhs believe in God, rejecting the worship of objects or images.

Guru Nank opposed discrimination on the grounds of caste, and believed God is one, formless, eternal and beyond description. He believed that God is omnipresent and visible to everyone.

The core beliefs of Sikhs are:

Every Sikh should have these five Ks:

Most families will have a Gurugranth, a religious Scripture, and a shrine at home.

Food: Gurdwara is the temple and a gateway to the guru. It serves three free vegetarian meals with chapaties (Langer) every day of the year. Chapaties are high in fibre  and starch. Desserts, also offerred, are invariably made of full cream milk, dry nuts and sugar.

Kadha (Prasad) is an offering to Guru and is served to people visiting the temple. It is made with Ghee (melted butter), dry nuts and full cream milk. It is worth enquiring how much is consumed by people with diabetes.

Traditional remedies
Many Indo-Asian people with diabetes use various types of traditional/herbal medicines in conjunction with the therapeutic medications. These herbal medicines are mostly vegetables, fruits and leaves or the bark of trees.

A literature review of 150 herbs and their isolates was carried out by the Central Council for Research in Ayurveda and Sidh (Pawa, 1998). However, only a limited number of herbs and plants displayed significant hypoglycaemic properties. These included karela, or gourd memordicca carrantia, which contains a Pro V-insulin like substance. There are also others, in tablet and capsule form, which are easily available in this country. Most of them have potent hypoglycaemic properties. Most of the tablets have four to five ingredients, some of which are hepatotoxic.

It is important to ask the Indo-Asian people with diabetes if they are taking the above medications.

Conclusion
Culture is a way of life, or a form of living, which bestows people with inner feelings and reflection on their behaviour and beliefs.

To people from the Indo-Asian subcontinent, it is intensely rewarding to come across a healthcare professional who, by their cultural awareness, can be more sympathetic, can understand the background to what is being said and hence, provide better diabetes care. 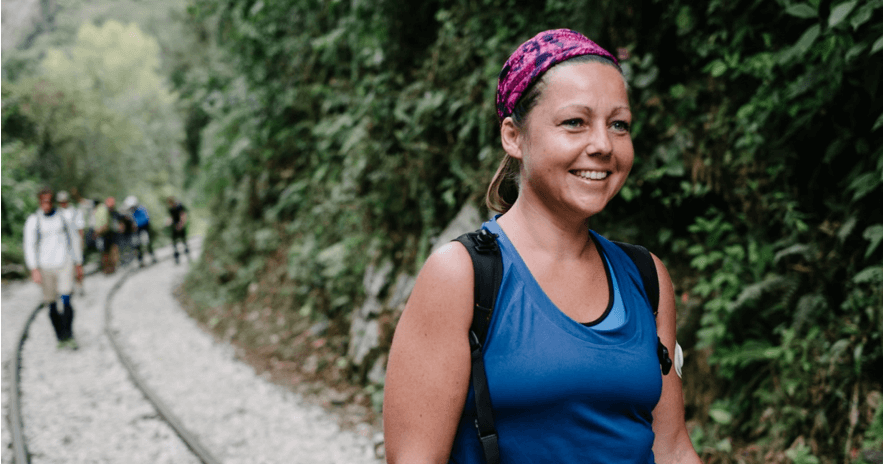