Pam Brown
The TriMaster study tested the feasibility of tailoring second- or third-line glucose-lowering therapy using drugs hypothesised to have different glucose-lowering effects based on BMI or eGFR. 458 people on metformin, with or without a sulfonylurea, with HbA1c 58–110 mmol/mol at baseline, received 12 weeks’ treatment with each of three study drugs (canagliflozin, pioglitazone and sitagliptin). HbA1c and adverse events were evaluated at the end of each treatment, and patient treatment preference was recorded at the end of the study. Advantages and disadvantages of each drug were identified. Patients preferred the drugs that provided their personal best glycaemic control.
Save, Share, Print Article
Share this article
+ Add to reading list – Remove from reading list 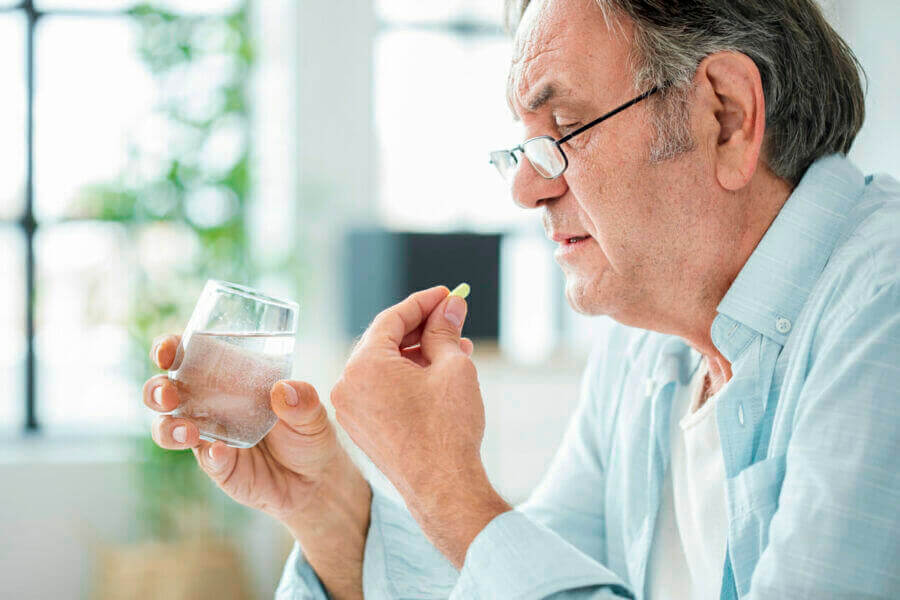 Precision medicine can be defined in many ways, but a simple definition is “providing the right therapy for the right patient at the right time”. The American Diabetes Association (ADA) has previously published a consensus on precision medicine in relation to diabetes care, which can be found here. Based on previous studies exploring efficacy of commonly used drugs in people with varying BMIs and eGFR measurements, the investigators began with two hypotheses they wished to test:

Testing the two hypotheses separately would require large numbers of participants, so a three-way blinded, crossover trial design was chosen where each participant was randomised to receive each study drug (canagliflozin, pioglitazone and sitagliptin) for 12 weeks. Data on short-term HbA1c change, adverse events by drug and patient characteristics, and patient drug preferences were collated.

The primary outcome was difference in achieved HbA1c between the therapies in each stratum, while secondary outcomes included weight change, tolerability and patient preference.

Both hypotheses were confirmed during the study, and using the predicted best drug for each person resulted in a mean 3 mmol/mol HbA1c difference between treatment effects in each stratum, although at higher BMIs or different eGFRs individual differences were as large as 10 mmol/mol. Investigators reminded the audience that this was an additional reduction based solely on individualising therapy choice and good prescribing, with no additional drugs or costs. With mean deterioration of HbA1c of 1 mmol/mol per year on stable therapy, this equates to at least 3 years of HbA1c progression.

Although there were no new side effects identified, significant side effects were recorded with each drug, and each drug had advantages and disadvantages.

Prior to stating their preferred treatment, participants were informed of their HbA1c reduction with each drug. All preferred the drug that had provided their personalised best glycaemic control, even if this caused significant weight gain (pioglitazone) or side effects.

The investigators highlighted that this is the first trial to test and prove a stratified approach as a primary outcome, rather than as a secondary outcome or in subgroup analyses. This study used routine clinical data (BMI and eGFR) to accurately predict differential drug response (i.e. that despite drugs having similar glucose-lowering efficacy, specific drugs work better in specific patients). They concluded that when glycaemia is the priority, in patients with BMI >30 kg/m2 glitazones effectively lower glucose in the short term, but at the cost of increased weight. DPP-4 inhibitors work well when BMI is <30 kg/m2. Despite the study’s findings, the researchers stressed that this does not mean that all patients with a BMI >30 kg/m2 should have pioglitazone.

The protocol for this study was designed prior to the publication of the first cardiovascular outcome trial of an SGLT2 inhibitor and, therefore, glycaemia and adverse events remained the most important parameters for choosing and improving type 2 diabetes care. Therefore, cardiovascular profiles were not included in the protocol and pre-existing cardiovascular disease, heart failure and chronic kidney disease (CKD) would now inform drug choice in preference to glycaemia for many with type 2 diabetes, as per the ADA/EASD glycaemic consensus.

5–9% of participants stopped taking medication in the first 12 weeks due to side effects, and DPP-4 inhibitors were discontinued most commonly, despite fewer apparent adverse effects being recorded. After trying all three drugs, 25% preferred pioglitazone, 35% sitagliptin and 38% canagliflozin. Patients preferred the drug that provided their individualised best glycaemic control, with no clear influence of increased weight.

This study raises the question of whether patient-centred diabetes care should allow patients not just to participate in drug choice, but to have the option to trial two or three drugs that fit their clinical characteristics, to identify their personal preference.

Professor Caroline Kistorp (University Hospital Copenhagen), providing the commentary, congratulated the investigators for moving precision medicine forward into evidence-based diabetes therapy. She commented that it would have been clearer if all participants had only been on metformin at baseline, rather than some receiving a sulfonylurea, and felt it would have been useful to study a GLP-1 receptor agonist, rather than pioglitazone. The investigators reminded her that pioglitazone remains an important drug for treating some groups of patients in the UK and is widely used in other parts of the world, and therefore remains important to study.

For those with cardiovascular disease, CKD or heart failure, personalisation of medication choice is undertaken based on the 2019 update to the ADA/EASD consensus report, but individualisation based on glycaemia is still important for other groups. The TriMaster results were presented at the 57th EASD Annual Meeting by Andrew Hattersley, Ewan Pearson, Catherine Angwin and Beverley Shields.