Diabetes Distilled: The EMPEROR really does have new clothes

Kevin Fernando
The EMPEROR-Preserved trial explored the effect of the SGLT2 inhibitor empagliflozin in people living with heart failure with preserved ejection fraction (HFpEF), a condition which to date has had no compelling evidence-based interventions to reduce morbidity and mortality. After a median follow-up of 26 months, the primary endpoint (a composite of cardiovascular death or hospitalisation for HF) was significantly reduced by 21% with empagliflozin compared to placebo (absolute risk reduction, 3.3%; number needed to treat, 30). This was mainly driven by a significant reduction in hospitalisation for HF, as there were no statistically significant reductions in cardiovascular or all-cause death. Empagliflozin is the first therapeutic agent to robustly demonstrate statistically and clinically significant benefits in people living with HFpEF. These results should change clinical practice promptly given that SGLT2 inhibitors are already in widespread clinical use.
Save, Share, Print Article
Share this article
+ Add to reading list – Remove from reading list 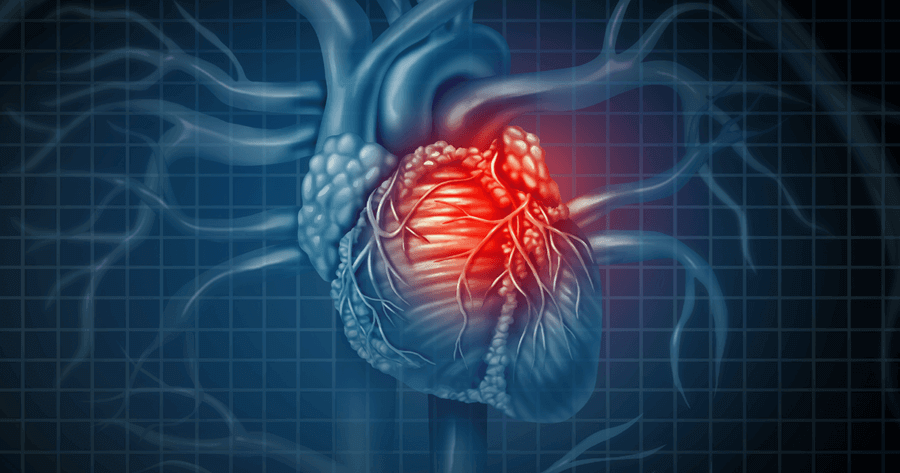 HFpEF is driven by comorbidities such as diabetes, hypertension and obstructive sleep apnoea. An important component of managing individuals with HFpEF is the appropriate management of any comorbidities that can significantly impact future prognosis and result in hospitalisations secondary to the comorbidities rather than the heart failure per se. Other risk factors include hyperlipidaemia and smoking, and HFpEF is more prevalent among women.

The management of HFrEF is well established, with a strong evidence base for the use of many medications, including beta-blockers, angiotensin-converting enzyme inhibitors, angiotensin receptor blockers, spironolactone, angiotensin receptor–neprilysin inhibitors (sacubitril/valsartan) and sodium–glucose cotransporter 2 (SGLT2) inhibitors, as well as devices such as implantable cardioverter defibrillators, to reduce both morbidity and mortality associated with HFrEF. However, there have been no compelling evidence-based interventions to reduce morbidity and mortality associated with HFpEF, and management is largely symptomatic.

Sacubitril/valsartan has demonstrated some benefits in the context of HFpEF in specific populations based on the results of the PARAGON-HF trial (Solomon et al, 2019). This trial did not achieve its primary endpoint (a composite of hospitalisation for HF or cardiovascular death in people living with HFpEF), but benefits were observed in those with a left ventricular ejection fraction at the lower end of the range (45–57%) and in women. The US Food and Drug Administration (FDA) has granted an indication for sacubitril/valsartan for the treatment of HFpEF using clinical judgment.

Similarly, spironolactone has demonstrated some benefits in people living with HFpEF based on the findings of the TOPCAT trial (Pitt et al, 2014). This trial also did not achieve its primary endpoint (a composite of cardiovascular death, hospitalisation for HF or aborted cardiac arrest in people living with HFpEF); however, a post hoc analysis explored the effects of spironolactone by geographic region and found that individuals recruited outside of the Republic of Georgia and Russia (which were deemed to be problematic study sites) had better outcomes. The exclusion of these sites from the TOPCAT data is controversial; nonetheless, the FDA has granted an indication for spironolactone for HFpEF in those with mid-range or mildly reduced ejection fraction (HFmrEF): specifically, ejection fractions from 40–45% to 55–57%.

SGLT2 inhibitors have robustly demonstrated significant benefits in people living with HFrEF irrespective of diabetes status, as evidenced by the DAPA-HF (dapagliflozin) and EMPEROR-Reduced (empagliflozin) trials (McMurray et al, 2019; Packer et al, 2020). In these trials, there were significant reductions in the primary composite endpoint of hospitalisation for HF or cardiovascular death. Furthermore, in DAPA-HF a significant reduction in cardiovascular mortality was also observed.

The effects of SGLT2 inhibitors in the context of HFpEF have yet to be robustly elucidated. Notably, in the SCORED and SOLOIST-WHF trials, the dual SGLT1/SGLT2 inhibitor sotagliflozin was found to have beneficial effects in people living with type 2 diabetes and HFpEF, although only small numbers of participants with HFpEF were recruited (n=127 with ejection fraction >50%), so this finding could only be considered hypothesis-generating (Bhatt et al, 2021a; 2021b).

The present trial, EMPEROR-Preserved, explored the effect of empagliflozin in people living with HFpEF, irrespective of diabetes status, on top of the standard of care and management of comorbidities. The study recruited 5988 individuals with class II–IV HF symptoms and an ejection fraction >40% to receive either empagliflozin 10 mg or placebo. Overall, 45% of participants were women, a higher proportion than in previous HF clinical trials. Recruited individuals had a range of comorbidities, including atrial fibrillation, type 2 diabetes and hypertension. The primary endpoint was a composite of cardiovascular death or hospitalisation for HF.

Uncomplicated genital and urinary tract infections and hypotension were observed more commonly in those receiving the study drug. There was no imbalance in episodes of amputation, ketoacidosis or hypoglycaemia observed.

This is a game-changer for the management of HFpEF and should change clinical practice promptly given the fact that SGLT2 inhibitors are already in widespread clinical use. We await the results of the DELIVER trial, which is exploring the effect of dapagliflozin in people living with HFpEF, in 2022. I expect this will replicate the benefits seen in EMPEROR-Preserved.