Lifestyle and behavioural factors play an important role in the development of diabetes, and lifestyle change is crucial to successful management. However, this is often the most challenging aspect of care for both patients and healthcare practitioners. This article describes the development of lifestyle self-management interventions that have been shown to be successful in helping patients reduce fat intake and increase physical activity levels. Importantly, these interventions, which are based on psychological models of health behaviour change, can potentially be incorporated into routine patient care in diabetes.

Diabetes is a global health problem that is expected to present one of the 21st century’s biggest medical challenges. The role of lifestyle and behavioural factors in the development and management of this chronic illness is now widely acknowledged. Evidence from cross-sectional and prospective studies demonstrates the role of obesity and a sedentary lifestyle as major risk factors for the development of type 2 diabetes (Tuomilehto, 1989; Perry, 1995; Harris et al, 1998).

Several studies have suggested that changing diet and/or exercise behaviours will reduce the risk of developing diabetes in individuals with impaired glucose tolerance (IGT). For example, Eriksson and Lindgarde (1991) found that a lifestyle intervention including diet plus exercise decreased the risk of diabetes by 50%. Similarly, a study conducted in China (Pan et al, 1997) reported a 25% risk reduction from either diet, exercise, or the combination, compared with a control group.

This link with behavioural and environmental factors has further been confirmed by the recent randomised controlled clinical trial of prevention of type 2 diabetes (Tuomilehto et al, 2001). This study was conducted to determine the feasibility and effects of a programme of changes in lifestyle designed to prevent or delay the onset of type 2 diabetes in subjects with IGT. Results indicate that lifestyle changes can reduce the risk of progression to diabetes by 58% over 4 years in both men and women at high risk of the disease. Similarly, early results from the Diabetes Prevention Program (Knowler et al, 2002), which was developed to compare several lifestyle self-management strategies to prevent or delay type 2 diabetes in individuals with IGT, also provide evidence that changes in lifestyle are effective in preventing or delaying the development of diabetes.

The Diabetes Control and Complications Trial (DCCT, 1993) and the United Kingdom Prospective Diabetes Study (UKPDS, 1999) confirmed that, in individuals with diabetes, improved metabolic control (achieved via an intensive self-care regimen that included lifestyle change) was significantly associated with delayed onset and progression of microvascular complications. This link high- lights the importance of expanding research into the psychosocial factors that influence self-care behaviour, with the aim of developing appropriate intervention programmes.

Developing effective interventions to modify lifestyle self-management in diabetes requires the identification of factors that contribute to adherence to self-management behaviours. Models of health and illness behaviour developed by health psychologists suggest several variables that have been shown to be important determinants of self-management behaviour in diabetes. These include beliefs and personal models of diabetes (Hampson et al, 1990), perceived severity and perceived vulnerability to complications (Weinstein, 1993), readiness or ‘stage of change’ (Ruggiero et al, 1997), self-efficacy or confidence (Anderson et al, 1995; Strecher et al, 1986), and barriers to self-management (Glasgow, 1994; Glasgow et al, 1997).

Motivational interviewing
In recent years there has been a rise in interest in the inclusion of ‘motivational interviewing’ in interventions. This is a counselling technique designed to augment an individual’s motivation to change problematic behaviours (Miller, 1983; Miller and Rollnick, 2002). It has been shown to change behaviours that can be difficult to modify, such as drinking habits (Bien et al, 1993) and weight control (Smith et al, 1997).

Intervention programmes
The most successful lifestyle intervention programmes in type 2 diabetes have combined dietary restriction, exercise and behaviour modification. Wing and colleagues (Wing, 1993; Wing and Anglin, 1996) have conducted the most systematic research in the dietary area, focusing on intensive structured behavioural group and individual programmes for weight loss. However, long-term maintenance of changes made after participation in these interventions remains elusive. At the 1-year follow-up, for example, patients have typically regained 30% of their initial weight loss; the few studies with 3–5-year follow-up suggest that most patients are back to baseline by this time (Wilson, 1994; Wadden and Stunkard, 1989).

Wing and colleagues found that long-term interventions (e.g. regular meetings over periods as long as 2 years) might be required to produce substantial weight loss. Indeed, at a recent conference held by the National Heart, Lung and Blood Institute, it was suggested that maintenance was now the primary concern for interventions modifying behavioural risk factors such as obesity, sedentary lifestyle and high-fat diets (Orleans, 2000; Wing et al, 2000).

In contrast to these studies and the call for longer, more intensive interventions, Glasgow and colleagues (1992) have developed brief, ongoing self-management interventions that can be integrated into routine patient visits, and have demonstrated short-term success in improving self-care among older patients with type 2 diabetes. Further studies have also demonstrated that a brief, low-cost computer-assisted dietary intervention conducted during routine outpatient visits produced sustained changes at 12-month follow-up in fat intake and cholesterol levels, but not in weight loss (Glasgow et al, 1996; Glasgow et al, 1997). However, these studies did not contain a physical activity component.

Tailored interventions
A key feature of some of these interventions is tailoring. Instead of delivering the same intervention to all participants, each individual received a personalised version based on careful prior assessment of their particular problems and issues (Rimer and Glassman, 1998; Kreuter and Skinner, 2000).

Brief tailored interventions
In the UK, there is a pressing need for tailored lifestyle self-management interventions (incorporating both dietary and physical activity components) that can be integrated into routine care and thereby improve the reach of the intervention (Glasgow et al, 1999). In addition, because type 2 diabetes is associated with life-threatening complications and worsening control over time, interventions that reduce risk factors such as high-fat diets and physical inactivity through lifestyle modification should have long-term health benefits for these patients.

Accordingly, we developed a brief, tailored, self-management intervention to improve adherence to recommended lifestyle changes in patients with type 2 diabetes (Clark and Hampson, 2001), and evaluated this intervention in a randomised controlled trial. The aim of the intervention was to reduce the amount of fat consumed and to increase lifestyle physical activity levels.

The current intervention
This study adapted an intervention developed at the Oregon Research Institute, which has been shown to significantly reduce fat intake and cholesterol levels in older patients with diabetes (Glasgow et al, 1996).

During visits (of approximately 30 minutes) to a diabetes centre, patients were assisted in setting specific, personalised dietary and physical activity intervention goals and in developing problem-solving strategies for anticipated problems. A diagrammatic representation of recruitment into the study and the assessment procedure is shown in Figure 1. Follow-up phone calls were made to reinforce patients’ progress and to help solve any difficulties.

Through the use of focused assessment instruments completed before their visits, a highly personalised intervention that addressed diabetes self-management issues was conducted. Specific self-management behaviours leading to high-fat intake and low levels of lifestyle physical activity were identified. Based on the results of these assessments, the patient and interventionist negotiated a specific eating and physical activity goal and strategies to overcome barriers to achieving these goals. The patient perspective was addressed through assessment of patient beliefs about the seriousness of diabetes and about the importance of self-management. Social–environmental influences were addressed by assessing perceived barriers to low-fat eating and physical activity. These self-management issues were summarised on user-friendly feedback forms for both patients and practitioners (Figure 2).

Our understanding of this process has been helped by the Stages of Change model (Prochaska and DiClemente, 1984), which offers a framework into which different approaches to behavioural change can be integrated. Within this model, five stages of readiness for change have been identified. People are said to progress through these stages before they reach a stable ‘healthier’ lifestyle. This process is often cyclical, with most people relapsing several times before they achieve long-term change. Thus, importantly, relapse is incorporated as part of the process of change, rather than as failure. Using this framework, motivation can be seen as a state of readiness or eagerness to change, and raises the possibility of matching counselling methods to the individual’s stage of readiness to change.

Results
The intervention was effective in producing dietary change. Intervention participants achieved significant reductions in their fat-related eating habits between the baseline (T1) and 3-month (T2) assessments, and these  were maintained at the 12-month (T3) assessment (Figure 3). Significant improvements were also obtained on self-report measures of physical activity (Figure 4).

Moreover, these changes were cofirmed by the objective measurements of waist circumference, which showed a significant reduction (average 2cm) that was maintained at 12 months, and body mass index (BMI). The control group’s BMI increased significantly, whereas the intervention group maintained their BMI across the follow-up period (Figure 5).

These results extend those of past research by demonstrating the effectiveness of a tailored intervention in which participants work on two goals simultaneously, and that the intervention can be success-fully implemented in the NHS context.

Conclusions
Although it is now widely acknowledged that lifestyle and behavioural factors play an important role in the development and management of type 2 diabetes, patients find it very difficult to make the necessary lifestyle changes, and report that traditional diet and exercise prescriptions are often unrealistic and impossible to follow long term. The results from our studies are encouraging in this regard. The key feature of the intervention is that a highly personalised intervention, which addresses the important influences on lifestyle self-management in type 2 diabetes, can be conducted in a brief period of time.

The intervention can potentially be integrated into routine patient care in general practice, thus reaching a broader audience. This approach could also be extended to other patient groups who would benefit from lifestyle changes. Changing eating patterns and increasing physical activity are often regarded as the most challenging and difficult aspects of care for both patients and clinicians, and healthcare professionals frequently report that they do not have ‘the tools’ to meet the demanding challenge of helping people to change their lifestyle. Our research, which is one of the few randomised controlled trials of lifestyle interventions to be conducted outside of the USA, makes a significant contribution to meeting this challenge. 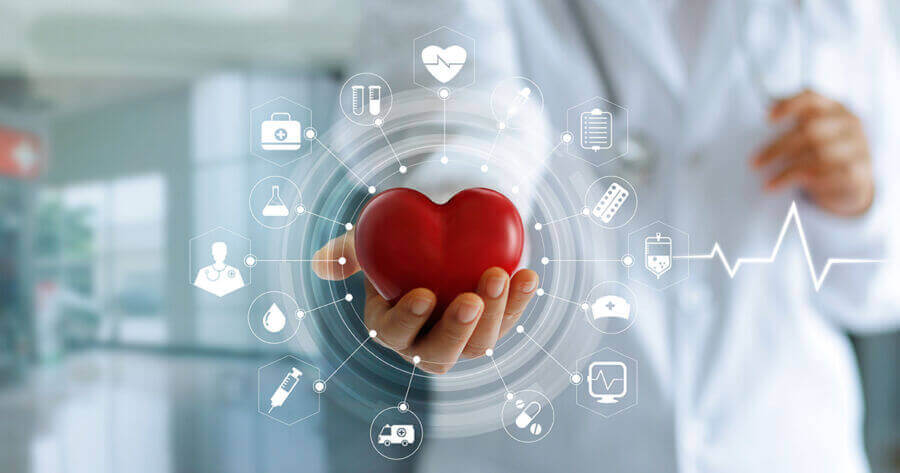