What is the practice and understanding of podiatrists towards patient-centred consultations regarding diabetic foot care?

Chloe Egan, Deborah Lycett, Bernice Tighe
Background: Patient education is an integral part of diabetes management, yet research shows that increased knowledge alone does not translate into behaviour change. Behaviour change techniques (BCTs) have the potential to increase foot self-care and reduce the incidence of diabetic foot disease. Aims: The aim of this study was to explore the practice and understanding of podiatrists towards patient-centred support versus prescriptive instruction in consultations regarding diabetic foot care. Methods: The study was a cross-sectional design with a web-based questionnaire distributed to members of the College of Podiatry in the UK. Descriptive statistics, conceptual content analysis and the Pearson product-moment correlation coefficient were used to analyse the data. Results: Most respondents reported using BCTs in their consultations “often” or “very often” and that they “strongly agree” or “agree” that their consultations were patient-led, yet most were categorised as having a partial or poor understanding of these terms. Three themes emerged regarding barriers and facilitators, including ‘Skills and confidence’, ‘Patients do not want to take control’ and ‘The system’. No correlation was found between any of the variables investigated. Conclusion: Conflict in the answers of respondents suggests a lack of understanding of BCTs. A need for institutional changes and organisational support was highlighted by the respondents.
Save, Share, Print Article
Share this article
+ Add to reading list – Remove from reading list
↓ Download pdf 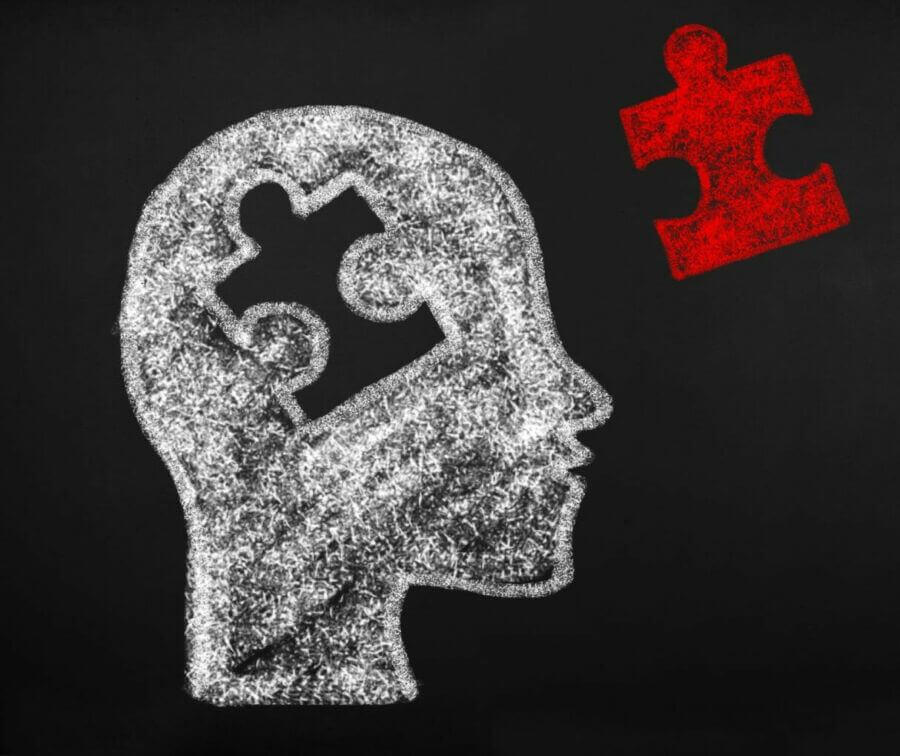 Diabetic foot disease can have a detrimental impact on an individual’s quality of life and has serious financial implications for the National Health Service (NHS) (Kerr et al, 2019). It is, therefore, imperative that individuals with diabetes mellitus (DM) are encouraged and adequately supported to manage their own foot health and carry out daily foot self-care practices to prevent problems occurring (NHS England, 2014).

In the current COVID-19 pandemic, this has been more important than ever, as foot health service provision in the UK has been temporarily reduced in a bid to limit non-essential face to face contact, and many podiatrists redeployed to other services. The remit of podiatry services has been to avoid hospital admissions, preventing added pressure on intensive care unit capacity and saving limbs (Rogers et al, 2020).

Patient education is an integral part of the management of DM, as a means of promoting foot self-care, increasing adherence to foot self-care behaviours and, ultimately, preventing diabetic foot complications. However, research suggests that increased knowledge alone rarely translates into positive behaviour change (Dorresteijn, 2014), suggesting a different approach is required. Behaviour change techniques (BCTs) have the potential to improve foot self-care behaviours and reduce diabetic foot complications. According to Michie and Johnston (2013), a behaviour change technique can be defined as “an observable, replicable, and irreducible component of an intervention designed to alter or redirect causal processes that regulate behaviour; that is, a technique is proposed to be an ‘active ingredient, e.g. feedback, self-monitoring, reinforcement’”. BCTs can be used alone or in conjunction with other BCTs as part of a behaviour change intervention (BCI) and can be a valuable part of patient-centred care.

Patient-centred care is a standard of practice that involves a respect for the patient as a person and their point of view. It is a move away from the paternalistic model of the healthcare professional-patient relationship where the healthcare professional made decisions about the patient’s health and the patient complied, and a move towards mutual participation and shared decision-making (Pelzang, 2010). However, it is important to note that not all BCTs are patient-centred and, for the purpose of this paper, when BCTs are mentioned, this is referring to patient-centred BCTs only.

A search of the existing literature showed that BCIs are currently successfully being used in the management of type 2 DM, to reduce HbA1C and body weight (Cradock et al, 2017). However, there are few studies looking at the use of BCTs in a podiatry setting, and those that do exist differ in aims, delivery and duration of intervention, outcome measures, and outcomes, highlighting a gap in the literature and a need for further robust research on the subject.

The aim of this study was to explore the practice and understanding of podiatrists regarding BCTs and patient-centred support versus prescriptive instruction in consultations regarding diabetic foot care.

Ethical approval was obtained from Coventry University. The study was a cross-sectional design with an anonymous, self-administered, web-based questionnaire distributed via email to all members of the College of Podiatry with the Health and Care Professions Council (HCPC) registration working in the UK. A link was also posted on relevant Facebook groups UK Podiatry and footindiabetes. Descriptive statistics were used to analyse data regarding the current practices of the participants. The questions investigating the participants’ knowledge were analysed using conceptual content analysis to categorise participants as having “good understanding”, “partial understanding”, “unsure”, “poor understanding”, “no understanding”. Questions that investigated barriers and facilitators were analysed using thematic analysis. The Pearson product-moment correlation coefficient was used to determine the strength of relationships between the reported use of patient-centred language and the reported use of prescriptive language, the association between respondents reporting that their consultations were patient-led and the reported use of patient-centred language, and to identify whether the duration of qualification influenced the responses of participants to provide insight as to whether the use of BCTs and a patient-led approach has changed over time.

A total of seventy-eight podiatrists completed the questionnaire. Most respondents were female, between 31 and 60 years of age, and had been qualified for either 1–5 years or more than 20 years. Not all the respondents completed every question. Most respondents reported using BCTs in their consultations “often” or “very often” (82%) (Figure 1) and that they “strongly agree” or “agree” that their consultations are patient-led (81%).

Most respondents (43%) agreed that they use patient-centred language in their consultations, yet contradictorily, the majority (51%) also agreed that they use directive language in their consultations. Seventy percent of respondents reported being confident in negotiating behaviour change with their patients and only 14% reported being not at all confident. Over 60% of respondents reported not being taught about health psychology and the psychology of self-care in their undergraduate BSc podiatry degree.

This theme captured how confident respondents felt about using behaviour change techniques in their consultations and whether they felt that they had the skills to do so. A lack of appropriate training and skills was reported by many respondents as being a barrier to implementing a patient-led consultation style in their practice, with some citing “Not knowing how to do it” and “Lack of training” as reasons. Confidence was also an issue, with respondents citing “Low confidence” or “Knowledge that I am doing it right” as a barrier. Most respondents felt that training would help increase their ability to negotiate positive behaviour change with their patients, with some citing specific behaviour change training, such as “Motivational interviewing training” and “Health coaching training”. Both undergraduate and postgraduate training was suggested as a possible facilitator.

Theme 2. Patients do not want to take control

Broad institutional factors seemed to impact on the clinicians’ ability to implement a less directive approach in their consultation style. Time was an important issue, with most respondents citing “Time” or “Time constraints” as a barrier to implementing a patient-led consultation style in their practice, and “More time” as a facilitator. Lack of continuity with patients also seemed to be a concern, with “Lack of follow up from the next podiatrist”, as well as a “Lack of ongoing support” being cited. Some respondents felt that “A better working relationship with other health practitioners” would be helpful, particularly those who work in psychology.

Moreover, a further conflict was shown as 87% of respondents reported being “confident” or “very confident” at negotiating behaviour change with their patients, yet “skills and confidence” was identified as an important theme regarding the barriers to implementing a patient-led consultation style in their practice and negotiating positive behaviour change with patients. It might be that the respondents were reporting accurately based on their poor understanding of the terms, resulting in the contradictory answers given. The results of the thematic analysis captured the idea that the respondents felt that there are systemic institutional issues such as lack of time and support to learn and then use behaviour change techniques, which, in turn, may result in clinicians not having the adequate skills, knowledge or confidence required to implement a patient-led consultation style in their practice.

To be registered with the Health and Care Professions Council (HCPC), a podiatrist must meet the threshold standards of proficiency that have been set by the HCPC to ensure safe and effective practice. Standard 13.7 states that a podiatrist should “understand the key concepts of the knowledge base relevant to their profession” and must “understand, in the context of chiropody and podiatry: behavioural sciences” (Health and Care Professions Council, 2018).

In this study, over 60% of respondents reported not being taught about health psychology and the psychology of self-care in their undergraduate BSc podiatry degree. This could mean that either the respondents were not taught this in their undergraduate podiatry degree, or that they were taught it but were not able to recall being taught it, both of which suggest an increased focus on health psychology/behaviour change training and an emphasis on this approach may be required at undergraduate level to move this up the podiatrists’ agenda and increase awareness. It should also be noted that NICE guidelines (NICE, 2019) recommend that patients should be given oral and written information regarding foot care advice and the importance of self-care, but do not currently give recommendations regarding the use of BCTs.

However, they do state that one of their research recommendations is to explore education and psycho-behavioural interventions for the prevention of diabetic foot complications and acknowledge that new interventions to target psychological and behavioural factors should be developed.

This study explored the understanding and practice of podiatrists regarding BCTs and their consultation style using an online survey. Conflict in the answers of respondents suggests a lack of understanding of BCTs, which may have led to respondents over-reporting their use of BCTs and a patient-led consultation style. A need for institutional changes and organisational support was highlighted by the respondents, including extra time to undertake training to develop the adequate skills, knowledge and confidence and extra time in appointments to implement a patient-led consultation style in their practice.

Health and Care Professions Council (2018) Standard 13.7, The Standards of Proficiency for Chiropodists/Podiatrists. Available at: https://bit.ly/3CS3YSs (accessed 05.11.2021)

This AFI device is claimed to be able to help determine detrimental levels of bacterial wound contaminants.

This study aimed to investigate the rate of symptomatic VTE in neuropathic patients with a TCC.

Students will learn new and emerging evidence, advance their knowledge and practice, explore leadership and gain a critical understanding