Plant versus animal sources of protein and type 2 diabetes risk 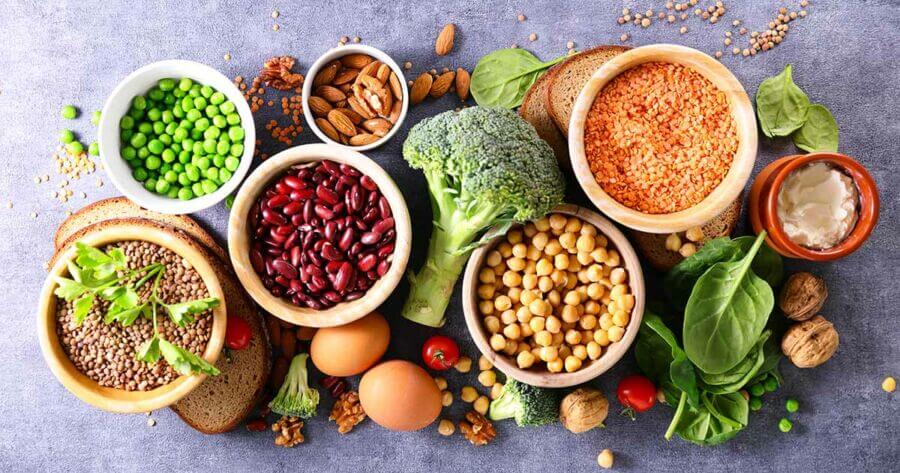 This prospective, observational study used data from the US Women’s Health Initiative cohort (n=108,681; all women with a mean age of 63 years) to investigate the effect of animal and plant protein intake on the incidence of type 2 diabetes. Dietary intake was assessed using food frequency questionnaires at baseline.

Over a median follow-up of 16 years, 14.6% of the participants developed type 2 diabetes. After adjustment for age, ethnicity and other demographics associated with type 2 diabetes risk, participants with higher energy-adjusted intake of animal protein were at greater risk of diabetes (hazard ratio [HR], 1.31 in the highest verses lowest quintile; 95% CI, 1.24–1.36). Conversely, those in the highest quintile for plant protein intake had a lower risk than those in the lowest quintile (HR, 0.82; 95% CI, 0.78–0.86).

Red meat, processed meat, poultry, eggs and seafood low in long-chain n-3 polyunsaturated fatty acids were all associated with increased type 2 diabetes risk, with HRs ranging from 1.09 to 1.21. In contrast, whole grains and nuts (HRs of 0.84 and 0.90, respectively) were associated with reduced risk.

Modelling suggested that substituting 5% of energy intake from plant-based rather than animal-based protein was associated with a 21% reduced risk of type 2 diabetes (HR, 0.79; 95% CI, 0.74–0.84). Additionally, replacing the previously mentioned high-risk foods with milk, yoghurt or cheese was associated with roughly 20% risk reductions.

Additional adjustment for BMI or waist:hip ratio attenuated these associations, leading most towards neutral.

A replication study in a cohort of UK Biobank participants (n=34,616; median follow-up 11 years) produced similar findings, although no associations with low-n-3 seafood or nuts were observed.

This study is limited primarily by the fact that dietary intake and BMI were assessed only once, at study initiation, and thus the findings rely on assuming that dietary patterns did not change. In addition, most participants were White women (although men and women were included in the Biobank cohort), limiting the generalisability of the findings. Nonetheless, the findings suggest that the type of dietary protein source is a factor to consider in type 2 diabetes risk.

We got there in the end: A great step forward in type 1 diabetes care

FLASH-UK: Benefits of isCGM in people with high HbA1c

CGM-derived metrics are superior to HbA1c when assessing therapeutic efficacy

Ideas for improving patient outcomes: the quirky and the ones in the guidelines

Plant versus animal sources of protein and type 2 diabetes risk

We got there in the end: A great step forward in type 1 diabetes care

Both technological and biological interventions have hit major milestones and are offering a step change in how we treat type 1 diabetes.

FLASH-UK: Benefits of isCGM in people with high HbA1c

Results demonstrate the effectiveness of intermittently scanned CGM in people with high HbA1c.

CGM-derived metrics are superior to HbA1c when assessing therapeutic efficacy

When evaluating the efficacy of an intervention, mean glucose would be the best metric, followed by TAR, TIR and lastly HbA1c.