Insulin resistance is a crucial component in the development of type 2 diabetes, cardiovascular disease and the metabolic syndrome (Reaven, 1988; Lebovitz, 2001; Hedblad et al, 2002). As the best determinants of insulin resistance are uncertain, the authors investigated simple non-invasive tools that can be used in practice to measure insulin resistance with the aim of identifying those at increased risk of type 2 diabetes, cardiovascular disease and the metabolic syndrome. The incidence of these conditions is increasing, but total population screening is neither time- nor cost-effective (Department of Health, 2001). This article highlights the importance of measuring and recording waist circumference to identify those at risk of type 2 diabetes.

Insulin resistance (IR) is the inability of the body to effectively respond to exogenous or endogenous insulin and is considered the central feature of the metabolic syndrome (Reaven, 1988).

According to the International Diabetes Federation (IDF; Alberti, 2005), for a person to be defined as having the metabolic syndrome, he or she must have central obesity as well as two of the following four factors:

The metabolic syndrome is strongly implicated as an underlying disease process that influences the development of coronary heart disease (CHD) and type 2 diabetes (Kissebah et al, 1989; Lebovitz, 2001; Hanson et al, 2002; Mead, 2003). Lakka et al (2002) discovered that the risk of death from CHD was up to four times greater in those with the metabolic syndrome and Isomaa et al (2001) found the incidence of CHD to be three- to five-fold greater in those with the syndrome. Finding a simple, cost-effective and accurate method of assessing and monitoring risk is essential for patient care.

Abdominal adiposity is now becoming recognised as a useful measurement for IR (Ascaso et al, 2003) and CHD risk (Pouliot et al, 1994; Zhu et al, 2002) and this has been confirmed by various studies that looked at those with a high proportion of abdominal fat (Kissebah et al, 1989). This evidence suggests that simply measuring the waist circumference of patients could help in identifying those at increased risk of IR and CHD.

Body mass index
Typically, body mass index (BMI) is used to stratify the risk of type 2 diabetes, CHD and other obesity-related conditions in people without diabetes, but this tool requires two anthropometric measurements and a calculation (weight in kilograms divided by the square of height in metres) and as such has areas for potential error. Additionally, BMI does not distinguish fat from muscle.

Our study tested the hypothesis that some anthropometric measurements, other than BMI, may provide a more simple tool to assess IR in men without diabetes. To investigate this hypothesis, we looked at non-obese adult men and investigated the relationship between the waist circumference (measured with a tape measure; Figure 2) and IR.

Data collection
Data were obtained from the fathers in the Exeter Family Study Of Childhood Health (EFSOCH). This major research project has been implemented to test the fetal insulin hypothesis (Hattersley and Tooke, 1999). It is a 5-year, prospective, community-based study that has recruited 1000 Caucasian families without diabetes, within a specified geographical area in central Exeter. The population in Exeter is predominantly (95 %) European Caucasian and the population homogeneity means that results obtained from this group should, in the authors’ opinion, be generalisable to the UK Caucasian population.

Methods
Using standard protocols and equipment (Table 1), we analysed anthropometric measurements and biochemical data of 600 normoglycaemic fathers aged 18–61 years (mean age, 33 years; standard deviation, 6 years) in this study to determine the best measurement for IR. Women were excluded from the analysis as they were at 28 weeks’ gestation.

Height
Fathers were asked to remove their shoes and place one foot on the metal plate of the stadiometer. Both feet were placed hip-width apart, while the men stood straight and focused on a point at their eye level. They were asked to take a breath in and slowly relax as they breathed out. At this point the height measurement was taken.

Weight
Shoes and personal belongings were removed before the men stood on the scales for weight to be recorded.

Hip circumference
This was taken as the horizontal circumference at the point where the neck of the femur joins the hip.

Skinfold thickness
Calipers were used to measure the thickness of the skinfold on the non-dominant side of the body.

Accuracy
To test the accuracy of the anthropometric measurements, intra- and inter-reliability studies were performed. The coefficients of variance were less than 1% in each case, indicating good reliability.

We recognised that waist circumference can be difficult to measure in overweight people. There are issues arising from the breathing mechanism – such as people contracting the transversalis muscle and ‘holding themselves in’ – as well as from the possible failure to find the waist as the minimum horizontal circumference between the hip and thorax. These potential problems were recognised and overcome by using the method described above. All information was double entered into the database to avoid error. Data cleaning was performed to assess the quality of entries and to identify any systematic errors (Shields and Knight, 2004).

Correlations
We used Pearson correlation coefficients (a measure of the strength of a relationship between two variables) to estimate the strength of the connection between the fathers’ anthropometric measurements and their IR.

Results
A number of statistically significant correlations were seen (Table 2). Waist circumference was highly correlated with IR, as was BMI. However, using linear regression, inclusion of BMI as a covariate in addition to waist measurement did not improve the model correlation with IR. Therefore, we cannot say that BMI provides useful information additional to waist measurement in predicting IR.

Discussion
Obesity is accepted as a health hazard in today’s population owing to its association with type 2 diabetes, CHD and metabolic disorders. BMI has been the measurement of choice when assessing obesity, but the notable heterogeneity found in obese patients suggests that this is not the best tool (Lean et al, 1995; Despres et al, 2001; Zhu et al, 2002). Consideration of the location of the excess fat rather than total body fat is important (Kissebah et al, 1989; Lean et al, 1995).

We have shown that the simple measurement of waist circumference is highly correlated with IR in a group of Caucasian, healthy adult men. Our results may not be generalisable to other age or ethnic groups, as obesity-related risk factors vary with age, gender, ethnic group and levels of physical activity, among other factors. However, our findings are supported by studies showing that individuals with abdominal obesity have higher glycaemia and insulinaemic responses to a glucose tolerance test, and are at the highest risk of developing type 2 diabetes (Kissebah et al, 1989; Bergstrom et al, 1990; Pouliot et al, 1992).

There is now a strong body of evidence that shows waist circumference to be a good predictor of obesity-related health risk and CHD in various populations (Pouliot et al, 1994; Han et al, 1995; Zhu et al, 2002; Janssen et al, 2004; Lofgren et al, 2004). Our evidence can be combined with that from other studies and with the waist action levels postulated by Lean et al (1995; Table 3), which were used by the World Health Organization (1997).

These levels are used as an indicator on which to base health promotion for weight management in normoglycaemic patients. The lower action level, indicating the need to raise awareness of health risks, is a waist circumference of 94 cm in men and 80 cm in non-pregnant women. This represents a threshold above which health risks are increased, especially in young men (Lean et al, 1995). The upper action level (102 cm for men and 88 cm for non-pregnant women) is often seen in patients with added symptoms, such as breathlessness, and at this level medical consultation and weight loss should be urged (Lean et al, 1995).

The IDF has gone further than just considering the effect of gender on waist circumference-based risk, by incorporating ethnic group into its definition of central obesity as a component of the metabolic syndrome (Alberti, 2005).

Conclusion
We conclude that IR in adult men without diabetes is strongly associated with waist, subscapular skinfold and BMI measurements. As IR is a major component of type 2 diabetes and the metabolic syndrome, a simple tool to assess the risk of these conditions is fundamental. BMI remains a good non-invasive measurement of overall obesity, but waist circumference, which reflects underlying visceral adiposity and correlates with IR, is more easily measured than BMI or subscapular skinfold. In a linear regression analysis with BMI included as a covariate in addition to waist circumference, it did not improve the correlation with IR, suggesting that BMI does not provide useful additional information to waist circumference in predicting IR.

Measuring waist circumference provides a simple tool to assess IR and therefore metabolic risk factors; it involves a single measurement with no calculation and consequently has reduced potential for error. The waist can be easily and well measured and monitored, both at home by patients (Rimm et al, 1990) and in clinical practice.

Preventative medicine in primary care is an important issue and we believe that preventing general obesity and central adiposity in an increasingly overweight population is crucial.

We recommend that waist circumference be measured routinely to identify patients at heightened risk of developing diabetes, CHD and the metabolic syndrome. We also recommend that this measurement be taken, Read-coded, acted upon and monitored using the waist action levels developed by Lean et al (1995; Table 3).

Acknowledgments
The author would like to thank the Exeter Family Study of Childhood Health midwives for their contribution in collecting data, as well as Penny Clark and Lynette Shakespeare for analysis of the samples. 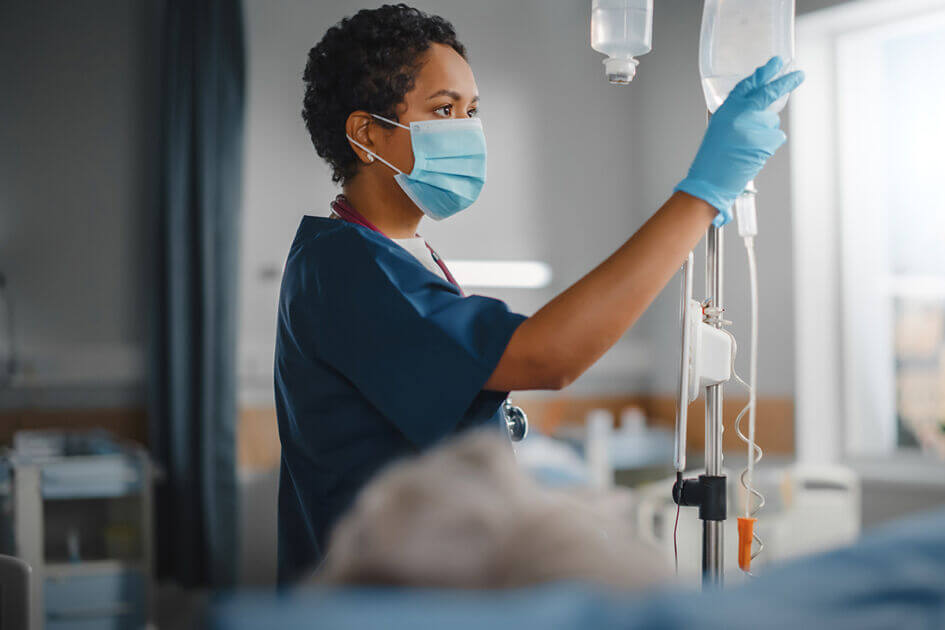 A 10-minute training programme, delivered on the wards during working hours, improves staff understanding of hypoglycaemia. 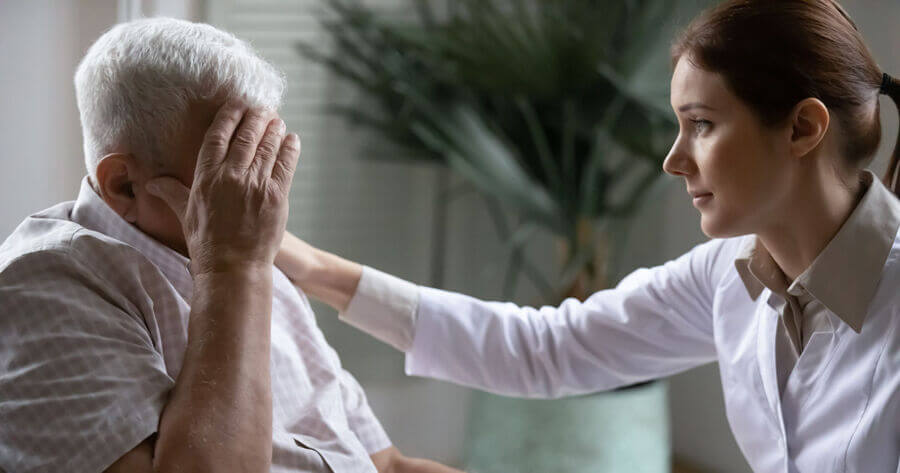 Faced with increasingly complex patient reviews post-pandemic, Su Down reminds us of the need to build or rebuild relationships to improve outcomes.