Management of HbA1c and fasting plasma glucose levels are key components of the management of both type 1 and type 2 diabetes. However, a growing weight of evidence suggests that the management of post-meal blood glucose (PMBG) levels is also an important element of glycaemic control. Given this, healthcare professionals should be aware of how best to advise people with diabetes to implement PMBG testing. Based on the available evidence and their collective experience, the authors of this UK and Ireland consensus statement present practical recommendations regarding PMBG testing in people with either type 1 or type 2 diabetes.

An experienced group of diabetes specialists with a range of medical, chemical pathology and nursing backgrounds met in London on 5 March 2009. The group’s aim was to take the recommendations made in the International Diabetes Federation (IDF) Guideline for Management of Post-meal Glucose (IDF, 2007) to the next stage of clinical use for all healthcare professionals working in diabetes. While the IDF Guideline stressed the importance of post-meal blood glucose (PMBG) testing, it did not offer any practical advice for its implementation. Focusing on Question 4 of the IDF guideline – “What are the targets for post-meal glycaemic control and how should they be assessed?” – the group agreed on practical advice for the implementation of PMBG testing in the clinical setting. It is envisaged that this practical guide will help healthcare professionals encourage people with diabetes to monitor their PMBG levels appropriately, as part of their glycaemic management, in order to improve overall glycaemic control.

The Consensus Group identified five groups of people with diabetes in the clinical circumstances where current NICE guidance suggests blood glucose testing should be available:

It was agreed that the latter group would not be considered by this consensus statement given that there are already clear NICE guidelines on the use of PMBG testing in this population (NICE, 2008a).

Recommendations made by the Consensus Group are given on:

Clinical practice examples of when PMBG testing might be particularly useful are also provided. The recommendations made in this consensus are based on a review of the scientific evidence where available and, where not, on the clinical experience of the group. They are, as with all guidelines, not expected to replace clinical judgement.

The Consensus Group emphasises that, when considering any blood glucose self-monitoring in people with diabetes (pre- or post-meal blood glucose testing), for testing to make any difference to outcomes and be of any value, it must lead to an action. As such, the group only recommends testing in situations where either those with diabetes or a healthcare professional will review the result and take appropriate action.

Data from a number of studies show that PMBG, as with FPG, makes a significant contribution to overall glycaemic control, and that specifically targeting PMBG, in addition to FPG, can help optimise HbA1c (Monnier et al, 2003; 2007; Woerle et al, 2007; Woo et al, 2008). Thus, targeting both PMBG and FPG is an important strategy for achieving optimal glycaemic control (IDF, 2007). This introduces the concept of the “glucose triad” of diabetes management (Figure 1; Ceriello and Colagiuri, 2008).

It has been acknowledged by the IDF that post-meal hyperglycaemia is harmful and should be addressed (IDF, 2007; Ceriello and Colagiuri, 2008). Indeed, the use of self-monitoring of blood glucose (SMBG) in type 1 and type 2 diabetes, including PMBG testing, is now supported by various guideline recommendations (American Diabetes Association [ADA], 2006; American Association of Clinical Endocrinologists [AACE], 2007; IDF, 2007; Canadian Diabetes Association [CDA], 2008; NICE, 2004; 2008b). PMBG testing is an essential monitoring strategy to assess and help achieve post-meal glucose targets (IDF, 2007; AACE, 2007; ADA, 2009). Furthermore, treatment strategies should be implemented that lower PMBG in people with post-meal hyperglycaemia (IDF, 2007).

In addition to considering the benefits of PMBG testing on overall glycaemic control, the recent 10-year follow up of the UK Prospective Diabetes Study (UKPDS) in type 2 diabetes (Holman et al, 2008) and the results of the Diabetes Control and Complications Trial (DCCT Research Group, 1993; Nathan et al, 2005), together with expanding understanding of the “metabolic memory” in both type 1 and type 2 diabetes, should strengthen our drive for earlier and tighter control of blood glucose across our diabetes populations in order to try to minimise the risk of developing long-term complications (Ceriello et al, 2009).

After consideration of this evidence, together with their clinical experience of PMBG testing in various groups of people with diabetes, the Consensus Group makes the following recommendations.

Should PMBG testing be performed in people with all types of diabetes?

What is the optimum blood glucose target and post-meal time-point for PMBG testing?
PMBG levels rarely rise above 7.8 mmol/L in people with normal glucose tolerance, and typically return to basal levels 2–3 hours after food ingestion (Polonsky et al, 1988; ADA, 2001; Jovanovic, 2001). The scientific validity of these recommendations has recently been confirmed in a study using continuous glucose monitoring, which showed that people without diabetes almost never go beyond this target level of glycaemia (7.8 mmol/L; Mazze et al, 2008). For this reason, the IDF and other organisations define normal glucose tolerance as <7.8 mmol/L, 2 hours following ingestion of a 75 g load of glucose (AACE, 2003; IDF, 2006; ADA, 2007).

The 2-hour time-point for measurement conforms to guidelines published by many of the leading diabetes organisations and medical associations (Nathan et al, 2006; AACE, 2007; Rydén et al, 2007; IDF, 2007; CDA, 2008; ADA, 2009). In addition, the 2-hour measurement may, in the Consensus Group’s opinion, be the safest time-point for people treated with insulin, particularly in those relatively new to insulin therapy or in those who have received insufficient education. Such patient groups may respond inappropriately to additional insulin boluses if raised 1-hour PMBG levels are measured, as their initial bolus insulin may not have taken full effect (“insulin stacking”), which can lead to severe hypoglycaemia (IDF, 2007).

After consideration of this evidence, together with their appreciation of the need to encourage tighter glycaemic control, the Consensus Group makes the following recommendation.

What is the optimum blood glucose target and post-meal time-point for PMBG testing?

What are the options, challenges and limitations for PMBG testing in clinical practice?
The Consensus Group acknowledges that achieving a target of <7.8 mmol/L with 2-hour PMBG testing is an ideal scenario in most people with type 1 and type 2 diabetes. However, the group recognises the challenge that this stringent target brings to clinical practice, and so offers practical steps to determine how this might be best achieved, within the limits of maximal safety. Below, the group provides an indication of the circumstances in which PMBG testing might be an important part of assessing and maintaining glycaemic control in clinical practice, along with its exact role and frequency.

Exact role and frequency of PMBG in clinical practice

Clinical practice tips for PMBG  testing in people with diabetes

Type 1 diabetes
The Consensus Group acknowledges that, in clinical practice, PMBG testing is an important aspect of control in type 1 diabetes, including in people with poorly controlled type 1 diabetes (according to HbA1c). Given the potential for insulin-induced hypoglycaemia, some medical organisations recommend that people treated with insulin perform SMBG at least three times per day (IDF, 2007; ADA, 2007; CDA, 2008) and should include both pre- and post-meal measurements.

To assist healthcare professionals in everyday clinical practice, the Consensus Group has identified specific clinical situations in which more intensive or frequent PMBG testing may be particularly useful in people with type 1 diabetes. The group recommends it in people who:

NICE recommends considering PMBG testing if HbA1c is above target and pre-meal levels are at a good level, aiming for a target of >8.5 mmol/L in type 2 diabetes (NICE, 2008b). Data show that there is no lower limit, short of normoglycaemia, where any benefits associated with improved glycaemic control, are lost (i.e. the lower the better; IDF, 2007) and so the Consensus Group strongly believes that encouraging more stringent targets can only be beneficial to long-term outcome in people with type 2 diabetes. The need to tailor these targets to individuals is as important in people with type 2 diabetes as it is in those with type 1 diabetes.

To assist healthcare professionals in everyday clinical practice, the Consensus Group has identified specific clinical situations in which more intensive PMBG testing may be particularly useful in people with type 2 diabetes (Box 2).

The importance of structured education in PMBG testing
Clinical studies and experience have consistently shown that implementing a structured education tool with specialist advice leads to the most successful outcomes in patient self-monitoring (Schwedes et al, 2002; Welschen et al, 2005; Jansen, 2006; Moreland et al, 2006). Well-informed and motivated people with diabetes are more successful in obtaining and maintaining good control of their risk factors, resulting in reduced cardiovascular risk and slower progression of microvascular disease (Rachmani et al, 2005). For this reason, guidelines advocate educational programmes to support self-monitoring (IDF, 2007; NICE, 2008b). The Consensus Group strongly believes that PMBG testing is a valuable information and educational tool for people with diabetes and healthcare professionals to assess and maintain control over the condition.

For any blood glucose monitoring to be cost- and clinically effective, those using it (both people with diabetes and their healthcare professionals) should:

At present, most people with diabetes are taught, at a minimum, how to use the blood glucose testing equipment. However, increased appreciation of the value of being skilled in the appropriate use of this valuable tool is now encouraging many specialist teams to follow the NICE guidance and only introduce testing as part of an overall education programme for people with type 2 diabetes. This may require a review of current approaches for many teams, but is strongly encouraged.

After consideration of this evidence, together with their own experience of structured education programmes led by diabetes specialists, the Consensus Group makes the following comments:

Conclusion
The recommendations presented in this article are intended to be of assistance to healthcare professionals in encouraging people with diabetes to monitor their PMBG levels appropriately. It is hoped that this guidance will be useful in the practical implementation of the IDF Guideline for Management of Post-meal Glucose (IDF, 2007). As with all blood glucose monitoring, the Consensus Group emphasises that for PMBG to make a difference to outcomes, it needs to be implemented as part of an overall education programme and lead to appropriate action.

Acknowledgements
The Consensus Group was sponsored by an unconditional grant from Bayer Diabetes Care.

The evolving role of SGLT2 inhibitors 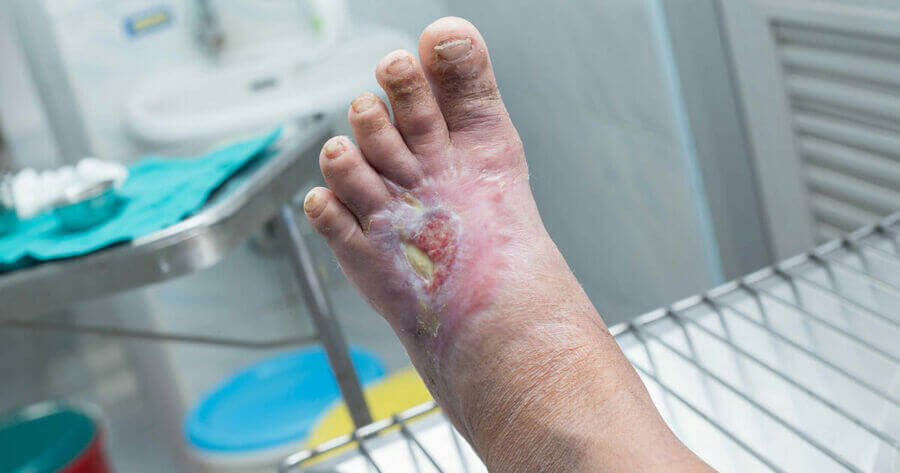 Real-world examples of changes in service delivery that have improved care and outcomes for people admitted to hospital with diabetic foot ulcers. 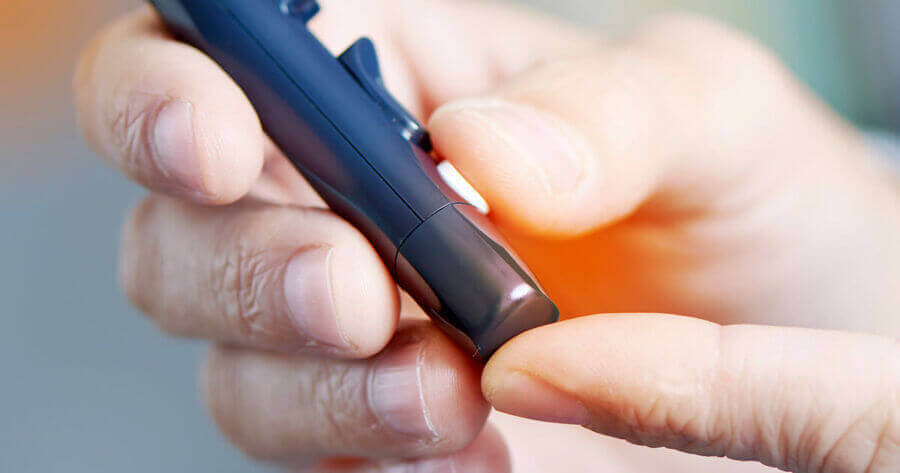 Is routine use of the 17-item Diabetes Distress Scale (DDS-17) in diabetes consultations beneficial? 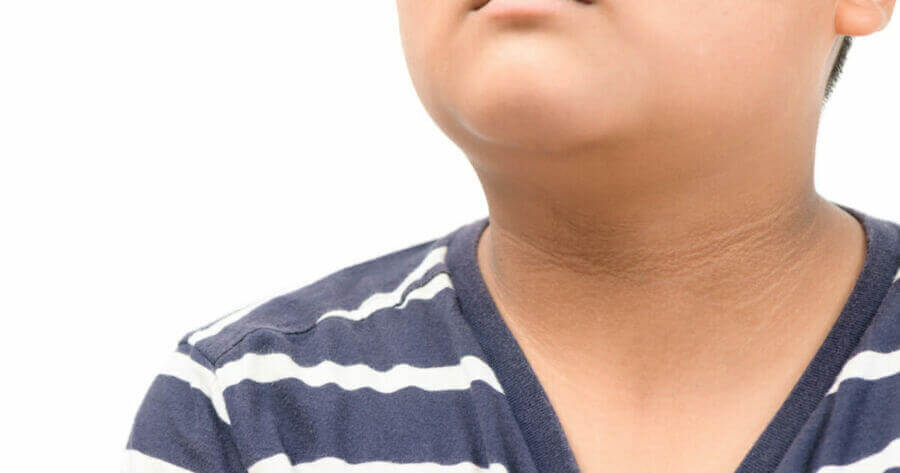