Declan Doherty, Andy Bridgen, Aaron Barber, Frank Webb
The total contact cast (TCC) is considered the gold-standard treatment for plantar neuropathic ulceration and acute Charcot neuroarthropathy. There is little evidence on the risk of venous thromboembolism (VTE) associated with TCC treatment. It is widely accepted that routine VTE chemoprophylaxis is not required for neuropathic patients treated with a TCC. Aims: This study aimed to investigate the rate of symptomatic VTE in neuropathic patients with a TCC and to provide up-to-date information to guide future practice. Methods: A retrospective service evaluation was undertaken. The PASCOM-10 online database was utilised for data collection within a community-based podiatric surgery unit. Patients treated with a TCC or TCC with Bohler walker for plantar ulceration or Charcot neuroarthropathy between 2019 and 2021 were identified. Data were reviewed to ascertain if any evidence of symptomatic VTE had been recorded during casting. Results: A total of 53 casting episodes in 40 patients were included. All patients had a diagnosis of peripheral neuropathy. The mean length of time in a cast was 51 days (range 14–161 days). No episodes of total contact casting resulted in a symptomatic VTE. Conclusion: The use of TCC did not increase the prevalence of VTE in this patient cohort. Larger, prospective studies are warranted to further investigate VTE risk in neuropathic patients treated with a TCC and the theorised VTE protective mechanisms in this patient population.
Save, Share, Print Article
Share this article
+ Add to reading list – Remove from reading list
↓ Download pdf

The International Working Group for the Diabetic Foot recommends use of a total contact cast (TCC) as the primary choice of treatment to offload a neuropathic diabetic foot ulceration (Bus et al, 2020). In patients with Charcot neuroarthropathy (CN), a TCC is commonly used to immobilise the foot and prevent further destruction in the inflammatory phase (Griffiths and Kaminski, 2021). This involves the patient being placed in a below-knee cast, often for a prolonged period of time.

Lower-limb immobilisation is associated with a markedly increased risk of venous thromboembolism (VTE), a major cause of morbidity and mortality. It is the most commonly potentially preventable cause of VTE in the 18–65 age group (Braithwaite et al, 2017). The risk is due to the immobilisation of the calf and lack of ankle mobility, creating potential for venous stasis (Aufwerber et al, 2019). The National Institute for Health and Care Excellence (2018) recommends VTE chemoprophylaxis for people undergoing lower-limb immobilisation whose risk of VTE outweighs their risk of bleeding.

However, it is widely accepted that routine VTE chemoprophylaxis is not required for neuropathic patients treated with a TCC. Tonge et al (2019) theorised that weightbearing through the cast could keep the calf muscle pump active and prevent venous stasis. King et al (2017) proposed that the arteriovenous shunting associated with CN may be protective in those who are kept non-weightbearing in a cast. These factors are theoretical and have yet to be proved. There is also no available local or national protocol on the need for VTE chemoprophylaxis in patients treated with a TCC for neuropathic foot complications.

Despite the paucity of evidence, we do not routinely use VTE chemoprophylaxis in neuropathic patients being treated with a TCC within our service. This has created a dilemma as to whether it is justifiable to omit VTE chemoprophylaxis in this patient cohort. There is a clear need for investigation and research into this area in order to inform clinical practice, both locally and nationally. This service evaluation aims to investigate the prevalence of symptomatic VTE in neuropathic patients who undergo an episode of total contact casting.

A retrospective service evaluation was performed for any patient with peripheral neuropathy who had been placed in a TCC or a TCC with Bohler walker for the treatment of plantar ulceration or CN.

TCCs act in the treatment of neuropathic ulceration and CN by providing protection from further trauma and deformity, reducing oedema, immobilisation to help bone and soft tissue healing, redistribution of pressure and by provided protected weightbearing (Griffiths and Kaminski, 2021, Sahu et al, 2018). A TCC is a rigid or semi-rigid anatomically moulded cast which extends from the patient’s foot to below the knee (Figure 1).

A Bohler walker frame is a non-invasive frame with a curved platform on the sole that is fitted onto a standard below-knee cast (Figure 2). The frame is applied so that a space is created beneath the plantar surface of the cast and the walking surface (Berwin et al, 2015). This allows the foot to be completely raised off the ground during ambulation (Venkatakrishnan et al, 2019).

It was decided to differentiate between those treated with TCC alone and TCC with Bohler, due to the difference in weightbearing through the cast.

All data was collected from data in the PASCOM-10 database from a single NHS podiatric surgery unit. PASCOM-10 is a web-based, anonymised audit and service evaluation instrument owned by the College of Podiatry (Maher, 2016). The unit started collecting data for this patient cohort in September 2019. The data collected included: age, gender, BMI, cause of neuropathy, comorbidities, reason for casting, type of cast, length of time in a cast, casting episode outcome, if the patient was taking anti-coagulation medication, whether VTE chemoprophylaxis was used and if a symptomatic VTE was recorded.

A “casting episode” was defined as any period that a patient was placed in a TCC. The episode was defined as complete when the cast was removed. A separate casting episode was recorded if the patient had at least 2 weeks out of the cast prior to cast reapplication, similar to the protocol applied by Tonge et al (2019). Peripheral neuropathy was diagnosed using the 10 g monofilament test.

Wound assessment was carried out at each change for those treated for ulceration. Treatment monitoring for those treated for CN was carried out at each cast change. The resolution of active CN was determined based on the resolution of acute swelling, redness and warmth, and a dermal temperature differential <2°C across the previously mentioned anatomical sites when compared to the unaffected limb (Griffiths and Kaminski, 2021).

In the ulceration subgroup, TCC alone was applied in 9 episodes, and TCC and Bohler walker in 3 episodes. Table 1 summarises the outcomes of the casting episodes in this subgroup.

In the Charcot subgroup, TCC alone was applied in five episodes, and TCC and Bohler in six episodes. Table 4 summarises the outcomes of the casting episodes in the Charcot group.

In this retrospective service evaluation, no episodes of TCC casting resulted in symptomatic VTE. Notably, 33 casting episodes involved patients who did not receive VTE chemoprophylaxis or who were not on long-term anticoagulation. There is no consensus within the literature as to why this might be the case and why neuropathic patients do not require VTE chemoprophylaxis when undergoing casting.

Tonge et al. (2019) hypothesised that weightbearing through a TCC may keep the calf muscle pump active and thus prevent a deep vein thrombosis (DVT). This theory was based on a study by Hickey et al (2014), who assessed calf muscle pump, via Doppler scanning of the popliteal vein, following a simple exercise programme in healthy volunteers treated with a lower-limb cast. They found that toe and ankle extension and flexion exercises did significantly increase mean systolic velocity in the popliteal vein. However, they did not perform any measurements while the participants were weightbearing or during gait.

These two theories do not explain why patients without CN who are non-weightbearing in a cast did not develop a DVT.

In this study, 10 patients were treated with TCC and Bohler walker for ulceration and did not receive any VTE chemoprophylaxis or were not on long-term anticoagulation. The addition of the Bohler walker leads to the casted limb being suspended above the ground; thus the limb is effectively non-weightbearing. None of these patients suffered a symptomatic VTE while undergoing casting.

Further investigation is required to evaluate the risk of VTE in patients treated with TCC and Bohler specifically, as there is paucity in the literature about the use of Bohler walkers.

In a retrospective review of 27 patients, Griffiths and Kaminski (2021) found a median TCC duration of 4.3 months (approximately 130 days) for resolution of acute Charcot foot. The shorter episode length in our study may be due to a smaller sample. It does show that within our service, TCC is effective in the treatment of active CN. Five TCC and Bohler casting episodes resulted in resolution of active CN.

In total, 20 casting episodes ended without achieved the desired outcome of ulceration healing or resolution of active CN. Two patients were admitted to hospital while in a TCC and Bohler and the casts were removed upon admission. No evidence of DVT or pulmonary embolism was found. Sadly, one patient subsequently died in hospital from heart failure. It was noted that the cast immobilisation was not a factor in the death.

Limitations of this study include small sample size, short study period and flaws due to the methodology. A much larger sample size and longer study period is required to provide better recommendations on VTE risk with TCC use. Being a service evaluation, the study is limited to only provide information which is useful to the service being evaluated and it cannot be extrapolated for the general population.

In this service evaluation, there were no occurrences of VTE recorded as a result of the use of TCC in neuropathic patients treated for ulceration or CN. Therefore, it could be claimed that the incidence of VTE in this cohort is probably no higher than the general population. Nevertheless, studies with a much larger population are required before any lack of association can be proved.

It is recommended that a full VTE risk assessment is carried out for each patient prior to casting and if required, then VTE chemoprophylaxis should be considered. Further studies are required to fill the gaps in the evidence regarding this aspect of TCC treatment, notably a large-scale, prospective study to specifically examine the prevalence of VTE in patients treated with TCC. Additionally, further study is required into the protective mechanisms that have been hypothesised in previous studies, such as activation of the calf pump during weightbearing in a TCC and arteriovenous shunting in CN. Ultimately, guidelines produced for clinicians involved in TCC treatment would be extremely useful.

This AFI device is claimed to be able to help determine detrimental levels of bacterial wound contaminants.

Students will learn new and emerging evidence, advance their knowledge and practice, explore leadership and gain a critical understanding 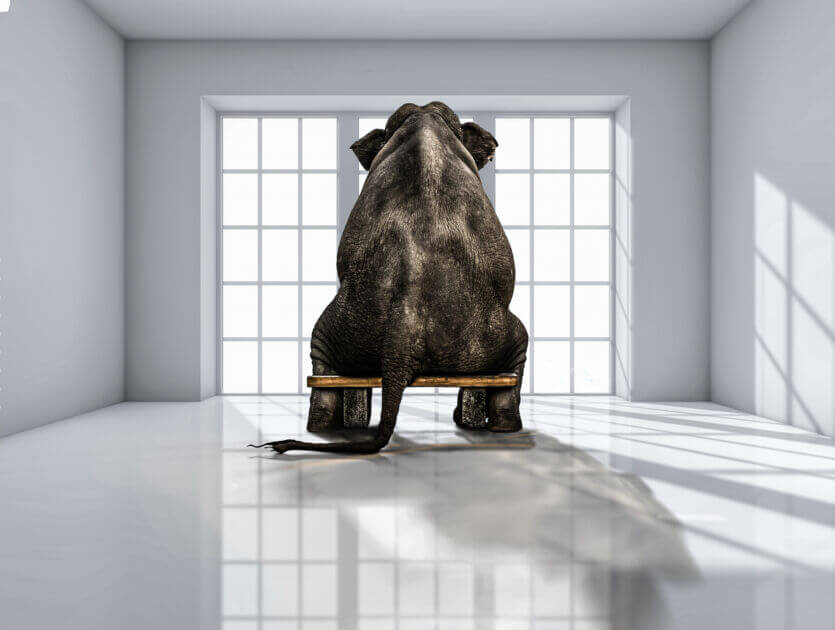