Diabetes Distilled: Is it time to STEP up to more intensive blood pressure targets?

Pam Brown
The recently published findings of the STEP trial and meta-analysis from the Blood Pressure Lowering Treatment Trialists’ Collaboration provide valuable evidence of the relative cardiovascular benefits of blood pressure control in different age groups and populations with hypertension. However, they also challenge the recommendations in the current NICE guidance for those >80 years and make identifying appropriate blood pressure targets in people with diabetes difficult, thereby risking clinical inertia. The “quadpill”, containing four common anti-hypertensives, demonstrated no difference in tolerability and safety compared to monotherapy in the QUARTET study, suggesting that this approach may have a role in reducing such inertia and thereby improving cardiovascular outcomes.
Save, Share, Print Article
Share this article
+ Add to reading list – Remove from reading list 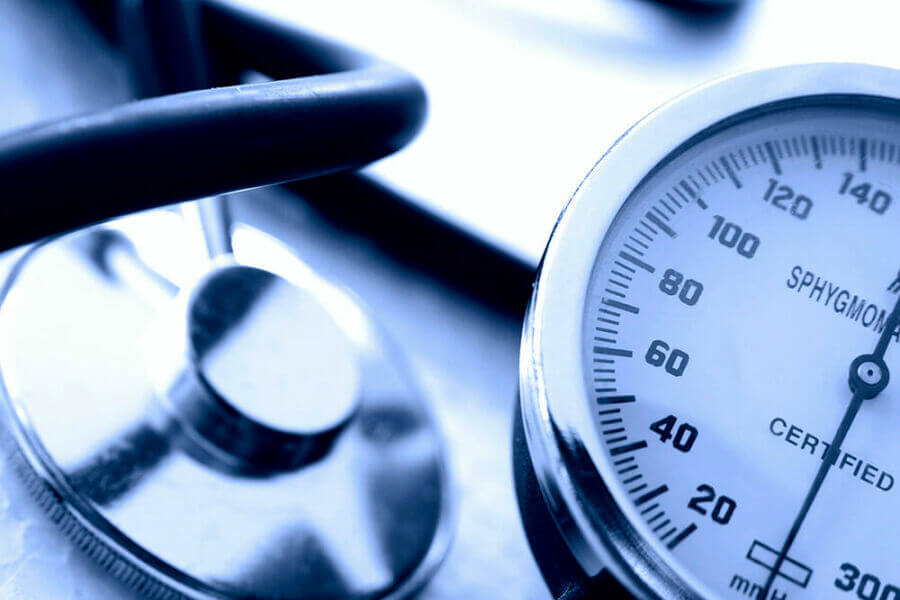 The STEP (Strategy of Blood Pressure Intervention in the Elderly Hypertensive Patients) trial allocated 8511 people with hypertension (on medication or systolic BP 140–190 mmHg) and aged 60–80 years to either intensive treatment (systolic BP 110 to <130 mmHg) or standard treatment (systolic 130 to <150 mmHg), with 4 years’ follow-up planned (Zhang et al, 2021). BP was measured at monthly clinic visits for 3 months and every 3 months thereafter, and medication (amlodipine, diuretic and olmesartan) was titrated throughout to keep BP in target range. Home BP monitoring was required at least once weekly using validated, automated monitors paired to a smartphone app to upload readings to the data-recording centre. Unlike the SPRINT study, from which people with diabetes were excluded, 19% of the STEP study group had diabetes, 6% had established CV disease and nearly 65% had a high 10-year CV risk, as measured by a Framingham Risk Score of ≥15%. Previous stroke was an exclusion criterion for both STEP and SPRINT.

The composite primary outcome (stroke, acute coronary syndrome [myocardial infarction (MI) or hospitalisation for unstable angina], acute decompensated heart failure, coronary revascularisation, atrial fibrillation or CV death) was reduced by a significant 26% in the intensive group versus the standard treatment group. Amongst secondary outcomes, stroke and acute coronary syndrome were both significantly reduced by 33% (but not reduced in SPRINT), and MACE (CV death or non-fatal MI or stroke) by 28% in the intensive versus standard group. Neither CV mortality nor all-cause mortality were significantly lower in STEP, whereas both were significantly reduced with the lower intensive target of <120 mmHg in the SPRINT study (SPRINT Research Group, 2015). A systolic BP of <120 mmHg in the ACCORD BP study (ACCORD Study Group, 2010) was associated with a lower risk of stroke.

At 42 months, mean number of drug treatments was <2 per person (1.9 in intensive group and 1.5 for standard control), suggesting tight control was very achievable. Dizziness, syncope and fracture were not significantly different between the two groups in STEP, despite hypotension being more common in the intensively treated group, and there was no significant difference in renal outcomes, confirming that the benefits were not offset by harms. The STEP study was stopped early after a median follow-up of 3.34 years when clear CV benefit in the intensive group was confirmed.

Cardiovascular benefits of BP reduction were also demonstrated across a wide range of ages down to baseline BP <120/70 mmHg in the recently published meta-analysis of age-stratified and BP-stratified data from the Blood Pressure Lowering Treatment Trialists’ Collaboration (BPLTTC; 2021a). In this meta-analysis, involving individual data from 358,707 participants in 51 trials, including 22,000 aged >80 years, relative risk reductions for major CV events (CV death, non-fatal MI or stroke, hospitalisation or death from heart failure) per 5 mmHg systolic BP varied from 18% in those <55 years to 9% in those 55–84 years, all of which were significant. There was no significant reduction in those >85 years. Across different baseline BP groups or age groups, there was no clinically meaningful heterogeneity in relative treatment effects. The authors of this study called, therefore, for removal of age-related BP thresholds in international guidelines.

These new findings are consistent with previous studies from BPLTTC which demonstrated benefits of BP lowering in men and women, on primary and secondary prevention of CV disease (BPLTTC, 2021b), in those with and without diabetes (Turnbull et al, 2005) and with no evidence of diminished response with normal or only mildly elevated systolic BP compared to significantly higher BP levels.

The findings of these studies call into question the higher BP targets and specific recommendations for those >80 years in the current NICE hypertension guideline (NICE, 2019). Differing BP targets for different people within our diabetes population, for example those with chronic kidney disease and different levels of albuminuria (NICE, 2021), and from different organisations, make it time-consuming to identify appropriate BP targets and is likely to increase clinical inertia.

Inertia is a significant consideration in managing people with diabetes not just with glycaemic control, but also with achieving optimal BP and lipids. It is likely that, in our post-pandemic world, a “quadpill” or a “polypill” approach to help overcome inertia, achieve targets and reduce CV risk would be welcomed. Despite being studied and talked about for many years, recent publications suggest these combination drugs may finally be nearing clinical practice.

In the recently published QUARTET study (Chow et al, 2021), hypertension treatment with a fixed-dose combination of four common anti-hypertensives achieved and maintained greater BP lowering than conventional monotherapy at 12 weeks and at 12 months, suggesting this approach might have a role in reducing inertia and achieving significant reductions in CV events. 591 participants with newly diagnosed hypertension or uncontrolled BP on monotherapy, including 7% with diabetes and 5% with CV disease, were randomised to either the quadpill (containing irbesartan 37.5 mg, amlodipine 1.25 mg, indapamide 0.625 mg and bisoprolol 2.5 mg) or blinded single-drug treatment with irbesartan 150 mg. Amlodipine 5 mg was added at 6-week review in both groups if BP was >140/90 mmHg, and additional pre-specified doses of other anti-hypertensives could be added throughout the 12-month follow-up as needed. Follow-up of more than 80% of both groups to 12 months demonstrated no difference in tolerability and safety between those treated with the quadpill or irbesartan.