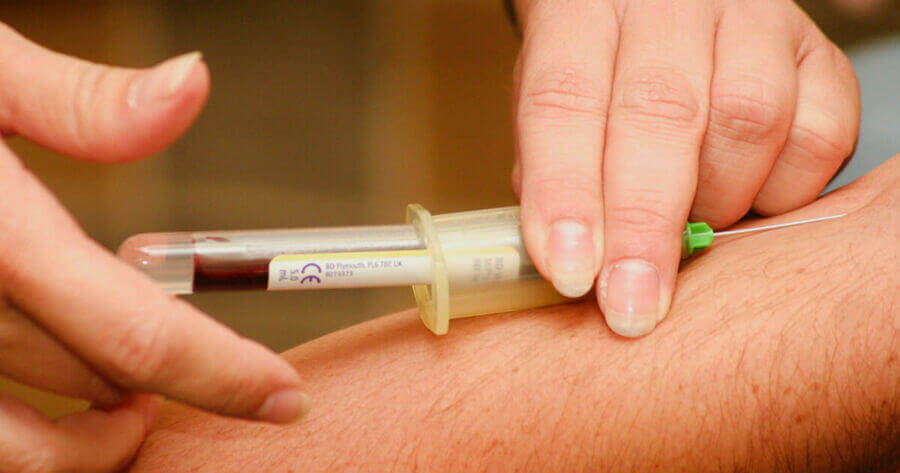 Q: Should we perform a full lipid profile as an initial baseline and/or for ongoing monitoring? Should this be a fasted profile?

A: From the point of view of accuracy, it is advisable to perform a full fasted lipid profile at least for an initial baseline, and ideally for subsequent monitoring testing as well. However, NICE guidelines advise using non-fasted samples as they are generally more convenient (NICE, 2014). There is no clear consensus around use of fasted profiles for monitoring.

Depending on local arrangements, biochemistry laboratories may provide a full profile for all requests or may omit triglycerides from non-fasted samples. A full fasted lipid profile is recommended for diagnosis and is advisable for subsequent profiles in order to provide a more complete picture of an individual’s lipid status in order to guide treatment. However, there is some evidence that non-fasted samples can be used for general risk screening as they may have similar prognostic value to fasted samples (Chapman et al, 2011).

Fasted samples refer to those which are taken following overnight dietary restriction for 12–14 hours, allowing only consumption of water and medication. This is preferable because triglycerides can be elevated postprandially for several hours (Campos et al, 2005), and lipid reference range values are derived from fasted individuals (NCEP Expert Panel, 2002). Total cholesterol and HDL-cholesterol concentrations are less affected by fasting and can be used in the non-fasted state in most cases. Calculation of LDL-cholesterol is critically dependent on a fasted triglyceride value; thus, if non-fasted triglycerides are measured then the calculated LDL is likely to be significantly underestimated, which could adversely affect management.

Non-fasted triglyceride values in themselves can have some value for cardiovascular risk prediction, as they can provide an insight into an individual’s ability to clear triglyceride-rich lipoprotein particles from the circulation (Nordestgaard et al, 2007). However, no reliable reference ranges exist for this indication, which makes interpretation of results challenging.

Q: What other blood tests should be done when assessing for dyslipidaemia?

A: Other blood tests during initial assessment should include renal function, liver function and thyroid function. Creatine kinase may be measured if a patient has generalised, persistent muscle pain which is otherwise unexplained, as it may affect future statin dosing.

Q: What are the current recommended lipid targets for primary and secondary prevention?

A: The NICE CG181 guideline provides targets for lipid lowering in primary and secondary prevention (NICE, 2014). For primary prevention, it is advised to aim for at least a 40% reduction in non-HDL cholesterol.

For secondary prevention, NICE also advises aiming for a >40% reduction in non-HDL cholesterol. However, there is some debate about this and it is likely that some individuals will benefit from more aggressive lipid lowering. All secondary prevention patients are advised to take atorvastatin 80 mg, and the European Society of Cardiology advises a stepwise approach to treatment goals based on an individual’s risk (Visseren et al, 2021). Using this model, far lower targets for LDL or non-HDL cholesterol may be appropriate (see Figure 1), although it is important to consider that lipids form just one part of an individual’s overall cardiovascular risk package.

Q: Should we request triglycerides before initiating incretin-based drugs or SGLT2 inhibitors in those with high HbA1c?

A: People with type 2 diabetes should have regular monitoring of their lipid parameters, including triglycerides, as part of their routine care. Extreme hypertriglyceridaemia is a risk factor for acute pancreatitis, but the risk tends to only increase significantly once concentrations exceed 10–20 mmol/L (Kota et al, 2012). GLP-1 receptor agonists are also rarely associated with acute pancreatitis; however, the exact nature of this relationship is unclear. It would be prudent to exercise caution in those with known significant hypertriglyceridaemia, and to monitor triglyceride concentrations more frequently when starting GLP-1 RA treatment. This should occur regardless of HbA1c status.

Q: Triglycerides are elevated in association with high HbA1c and poor glycaemic control. Is this a direct relationship or is there an HbA1c threshold above which triglycerides rise?

A: The relationship between HbA1c and triglyceride concentration is complex, and there are many other factors involved in determining an individual’s triglyceride concentration. These include genetic factors, as some individuals are better able to clear triglycerides than others, as well as secondary factors such as alcohol intake, BMI and body composition, and medications. It is clear that as HbA1c increases, so too does the risk of severe hypertriglyceridaemia; however, the HbA1c level at which this happens is highly variable.

Q: What constitutes severe hyperlipidaemia and how should this be investigated?

A: Adults with a total cholesterol >7.5 mmol/L, an LDL-cholesterol >4.9 mmol/L or a non-HDL cholesterol >5.9 mmol/L can be considered to have severe hyperlipidaemia. Consider the Simon Broome Register criteria in such patients (Box 1); these also involve assessing for a family history of premature cardiovascular disease or significantly elevated cholesterol, as well as excluding secondary factors, to assess for the possibility of familial hypercholesterolaemia. Patients who have possible or definite familial hypercholesterolaemia are at high risk of cardiovascular disease, and use of conventional risk calculation tools is not indicated.

Q: When should we suspect familial hyperlipidaemia, and who should be referred for specialist investigation and management?

A: All patients who fulfil the Simon Broome Register criteria for a possible diagnosis of familial hypercholesterolaemia should be referred to a secondary care lipid clinic for consideration of genetic testing and further management (NICE, 2008).

Q: What are the common secondary causes of severe hyperlipidaemia?

A: Chronic renal failure in itself can lead to impaired clearance of triglycerides and raised serum triglyceride concentrations. Nephrotic syndrome is associated with more profound lipid abnormalities, the magnitude of which are associated with the extent of proteinuria (Vaziri, 2016). There are increases seen in total cholesterol, triglycerides and LDL-cholesterol, as well as increased postprandial hyperlipidaemia. HDL-cholesterol levels are less affected, and can even be reduced (Joven et al, 1990). These abnormalities can result in accelerated atherosclerosis and progression of cardiovascular disease.

Type 2 diabetes and obesity are associated with hypertriglyceridaemia, which can be extreme but generally has less impact on total cholesterol. LDL-cholesterol values should be unchanged, but calculated LDL will not be possible in the context of significantly raised triglycerides.

Excessive alcohol intake is also commonly associated with an increase in triglycerides, and this can be extreme, particularly when it occurs alongside an additional secondary factor such as type 2 diabetes or obesity.

Hypothyroidism can lead to marked hyperlipidaemia, with increases predominantly seen in LDL-cholesterol. However, it is important to note that this will not affect the majority of patients with hypothyroidism, and only tends to be seen in extreme cases.

Cholestasis can result in severe hyperlipidaemia due to accumulation of lipoprotein X (Brandt et al, 2015). In a conventional lipid profile, this will manifest as a markedly elevated calculated LDL-cholesterol result, but lipoprotein X is in fact a structurally separate lipoprotein (Seidel et al, 1969).

Q: What effects do a ketogenic diet have on the lipid profile and does this significantly change cardiovascular risk?

A: There is evidence of a link between ketogenic diets and significant hyperlipidaemia (Chesney et al, 1999). The hyperlipidaemia can be extreme and tends to manifest as an increase in total cholesterol and LDL-cholesterol. Triglycerides may also be raised in some instances. One study looked at use of a ketogenic diet for seizure control in children, and found that after 6 months only one in six participants had total cholesterol and triglyceride levels within the paediatric reference range (Kwiterovich et al, 2003).

It is not yet clear whether these observations translate into increased cardiovascular risk. However, given that ketogenic diets lead to increases in circulating pro-atherogenic lipoprotein particles, it is plausible that prolonged use could result in accelerated atherosclerosis, and monitoring of lipid parameters may be indicated.

Friedewald WT, Levy RI, Fredrickson DS (1972) Estimation of the concentration of low-density lipoprotein cholesterol in plasma, without use of the preparative ultracentrifuge. Clin Chem 18: 499–502