Pam Brown
Tirzepatide, a dual GIP/GLP-1 receptor agonist in development for the treatment of type 2 diabetes, achieved noninferior and superior HbA1c reductions to those achieved with semaglutide 1 mg, in this open-label, 40-week, phase 3 trial in those inadequately controlled on at least 1500 mg metformin daily. Mean change from baseline HbA1c was 2.01% with tirzepatide 5 mg, 2.24% with the 10 mg dose and 2.30% with the 15 mg dose, in comparison with 1.86% with semaglutide 1 mg. Weight reduction was also significantly greater with all three doses of tirzepatide, with a mean weight loss of 13.1% (12.4 kg) in those taking the highest dose compared to 6.7% (6.2 kg) with semaglutide 1 mg. There was no plateauing of weight loss at study end in any of the groups. The gastrointestinal side effect profile with tirzepatide was similar to that with semaglutide, but more adverse events causing study withdrawal were seen with the two higher doses of tirzepatide than with semaglutide. Hypoglycaemia occurred in 1.7% of those treated with tirzepatide 15 mg compared with 0.4% in semaglutide-treated participants.
Save, Share, Print Article
Share this article
+ Add to reading list – Remove from reading list 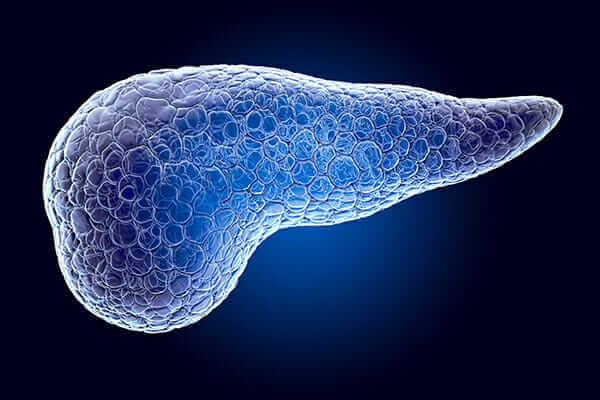 Glucagon-like peptide-1 (GLP-1) receptor agonists are recommended in guidelines for their glucose-lowering, weight-reducing and cardioprotective effects, and work by stimulating insulin secretion during hyperglycaemia, suppressing glucagon secretion, delaying gastric emptying, decreasing appetite and reducing body weight. Another incretin hormone, glucose-dependent insulinotropic polypeptide (GIP), also promotes insulin secretion in response to nutrient intake and modulates glucagon release, inhibiting it when hyperglycaemia occurs and increasing it in hypoglycaemia. Thus, therapies that increase the activity of both incretin hormones might be expected to further improve glycaemic control while reducing the risk of hypoglycaemia.

SURPASS-2 was an open-label, phase 3, randomised, active-control study of tirzepatide, a dual GIP/GLP-1 receptor agonist, currently in development for the treatment of type 2 diabetes. The study compared three once-weekly doses of tirzepatide (5 mg, 10 mg and 15 mg) with once-weekly semaglutide 1 mg, the current highest licensed dose for glucose-lowering, in 1879 participants who were overweight or obese, with type 2 diabetes inadequately controlled on at least 1500 mg of metformin. The primary endpoint was HbA1c change from baseline to week 40, with secondary endpoints including change in body weight, attainment of HbA1c <53 mmol/mol (7.0%) and <39 mmol/mol (5.7% – the lower end of the prediabetes/non-diabetic hyperglycaemia range in the US).

At baseline, mean HbA1c was 67 mmol/mol (8.3%), weight 93.7 kg, diabetes duration 8.6 years and age 56.6 years. The study used two “estimands” – or precisely defined estimates of treatment effect – and the published results discussed here represent the “treatment-regimen estimand”, which includes the effects of all treatments in those randomised, even if study drugs were discontinued, and including additional drugs added to therapy. Mean changes in HbA1c were both noninferior and superior to semaglutide in those treated with all three doses of tirzepatide, with a 25 mmol/mol (2.3%) reduction in those treated with tirzepatide 15 mg compared to a 20 mmol/mol (1.86%) reduction with semaglutide 1 mg.

Weight reduction with tirzepatide was dose-dependent, with mean reductions of 7.6 kg, 9.3 kg and 11.2 kg with the 5 mg, 10 mg and 15 mg doses, respectively, over the 40-week study, compared with a 5.7 kg loss with semaglutide. Depending on the dose, 65–80% of those receiving tirzepatide achieved at least 5% weight loss. There was no plateauing of weight loss at study end in any of the groups. Lipid profiles and blood pressure also improved in many participants.

Adverse events were the main reason for early discontinuation in both treatment groups, and these were more common in participants treated with tirzepatide. Although there were 13 deaths during the trial, with four in each of the tirzepatide groups and one in the semaglutide group, all the deaths were adjudicated and none were considered to be related to the study drugs. The ongoing SURPASS-CVOT study is comparing cardiovascular outcomes with tirzepatide versus dulaglutide in people with type 2 diabetes and atherosclerotic cardiovascular disease.

Other studies of higher-dose semaglutide

The results of SURPASS-2 were presented at the American Diabetes Association 81st Scientific Sessions. In the phase 3 SUSTAIN FORTE study, also presented at the conference, treatment with semaglutide 2 mg was compared with the current top licensed dose of 1 mg, in 961 adults with type 2 diabetes and an average baseline HbA1c of 74 mmol/mol (8.9%). Those treated with semaglutide 2 mg achieved HbA1c reductions of 24 mmol/mol (2.2%) after 40 weeks (12 weeks’ titration and 28 weeks at full dose) in those using it as directed, compared to 21 mmol/mol (1.9%) in those taking semaglutide 1 mg. A significantly greater weight loss of 6.9 kg was achieved with the higher dose, compared to a 6 kg reduction with the 1 mg dose. Reduced appetite was identified in 6.1% of those on 2 mg, compared with 3.8% of those on 1 mg, but rates of nausea, diarrhoea and vomiting were not significantly increased with the higher dose. The 2 mg dose is not licensed for use in the UK.

Weight loss achieved with a 2.4 mg dose of semaglutide used in the STEP trial programme was discussed by Kevin Fernando in a previous Diabetes Distilled.

The SURPASS-2 study was presented at the ADA 81st Scientific Sessions and published simultaneously in the New England Journal of Medicine. Click here to read the study in full.